Skip the mass-produced sauces and marinades and think local.

When you buy a cut of well-raised local meat, it deserves the five-star treatment. Put down that bottle of generic barbecue sauce … or mass-produced marinade, or hot sauce with its laundry list of indecipherable ingredients.

To bring out that natural goodness in your meat, pair it with a sauce that was prepared not only in the same region, but with the same values: a commitment to local ingredients, hard work, and finger-licking flavor.

When Barry Wood retired from the Navy, after being stationed in Japan, and returned to America, he was on a mission: to find a hot sauce like those he had tried while traveling around Asia.

“Everything that was American made had a strong vinegar flavor to it. I didn’t much care for that,” Wood says. “So I got in the kitchen and decided to make my own.”

His latest creation combines the inferno blend with a hint of chocolate.

“My wife uses it in her oatmeal, but it’s good on ice cream, chocolate cake, apple pie, tacos, hamburgers,” Wood says. “I was trying to make something that was versatile enough to go with anything.” 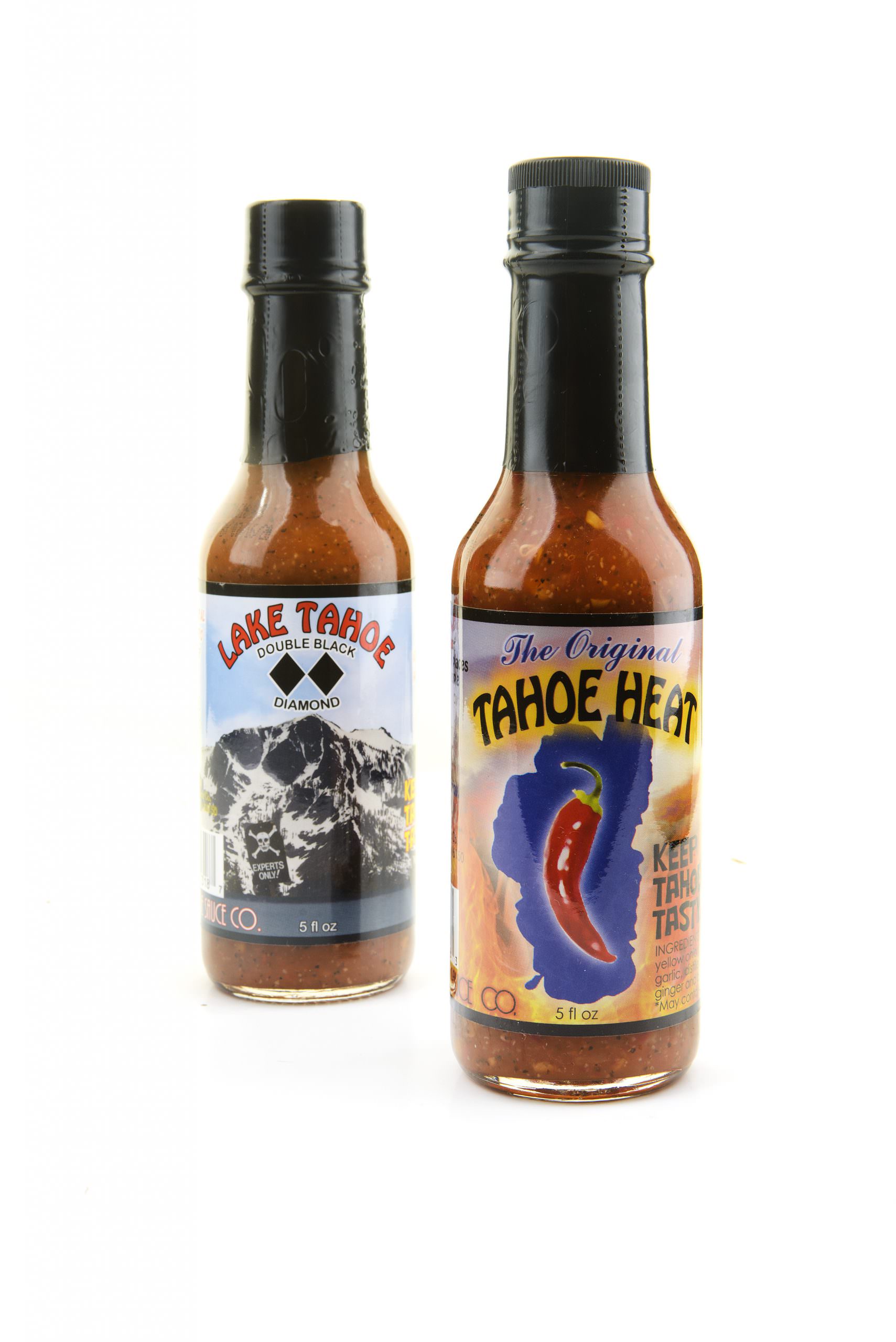 After working in the restaurant industry and then as a product manager for another sauce company for many years, Ryan Miller decided it was time to break out on his own.

“Everybody used to call me the condiment king because I loved sauces and condiments, so it was a pretty natural thing for me to start experimenting in the kitchen,” Miller says.

“I always wanted to do gourmet sauces where you can actually see the ingredients. Most hot sauces look like colored water, but with mine you actually see the garlic and the ginger and the peppers in the sauce,” he adds.

Miller upped the heat index when he created the Double Black Diamond using the same base flavors, but this time with habañero peppers.

“I pair the Double Black Diamond with fattier meats like pulled pork tacos or cheeseburgers,” Miller says. “With my Tahoe Heat, because you taste more ginger and garlic, I go for fish tacos, scrambled eggs, or stir-fries.”

When Alan Roach’s young daughter was diagnosed with a blood disease in 2013, his family needed a way to pay down the hospital bills.

Remembering how much he loved his dad’s steak sandwiches growing up, Roach went into the kitchen, fine-tuned his own marinade recipe, and began to host barbecue events.

“I had guys picking meat off the ground saying it was too good to go to waste, and I thought, ‘Well, I really have something,’” Roach says.

Absurd Marinade now sells two varieties of marinade — one crafted specifically for beef, pork, and lamb and the other for chicken — that both use quality, locally sourced ingredients.

Last September, Roach’s daughter passed away at age 14, but he continues producing his much-loved marinade in her honor. 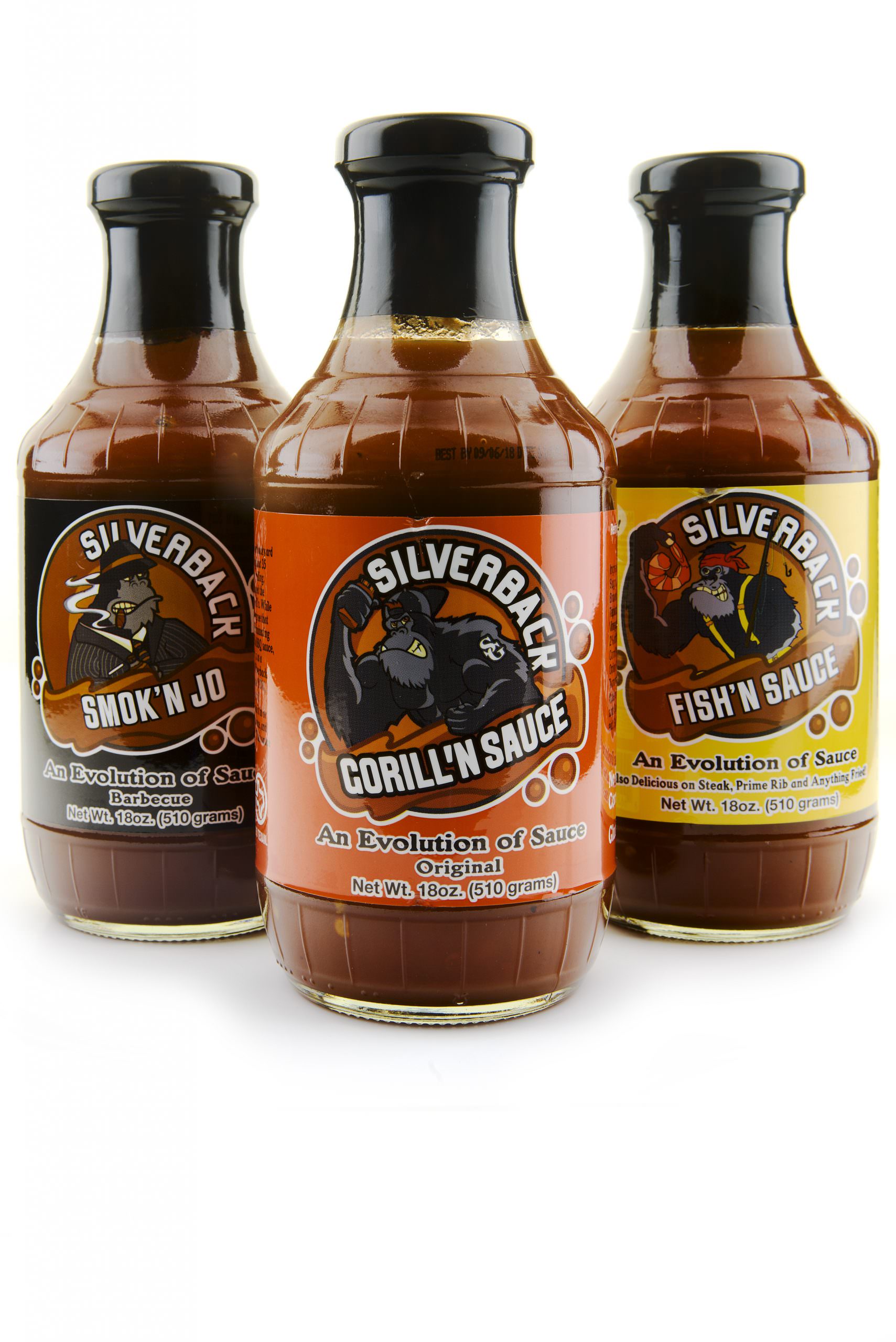 Rob Clabaugh, a former body builder, has been tinkering with sauces for more than 20 years. So when he decided to finally take the dive and open his own company, his old nickname, Silverback, seemed like a good fit.

The original recipe he created is not just a barbecue sauce — it’s also a glaze, marinade, dipping sauce, and perfect addition to liven up your spaghetti.

“We use it for a thousand different things,” Clabaugh says.

Where to buy
Regional Raley’s and Save Mart stores; and Silverbackgorilln.com. 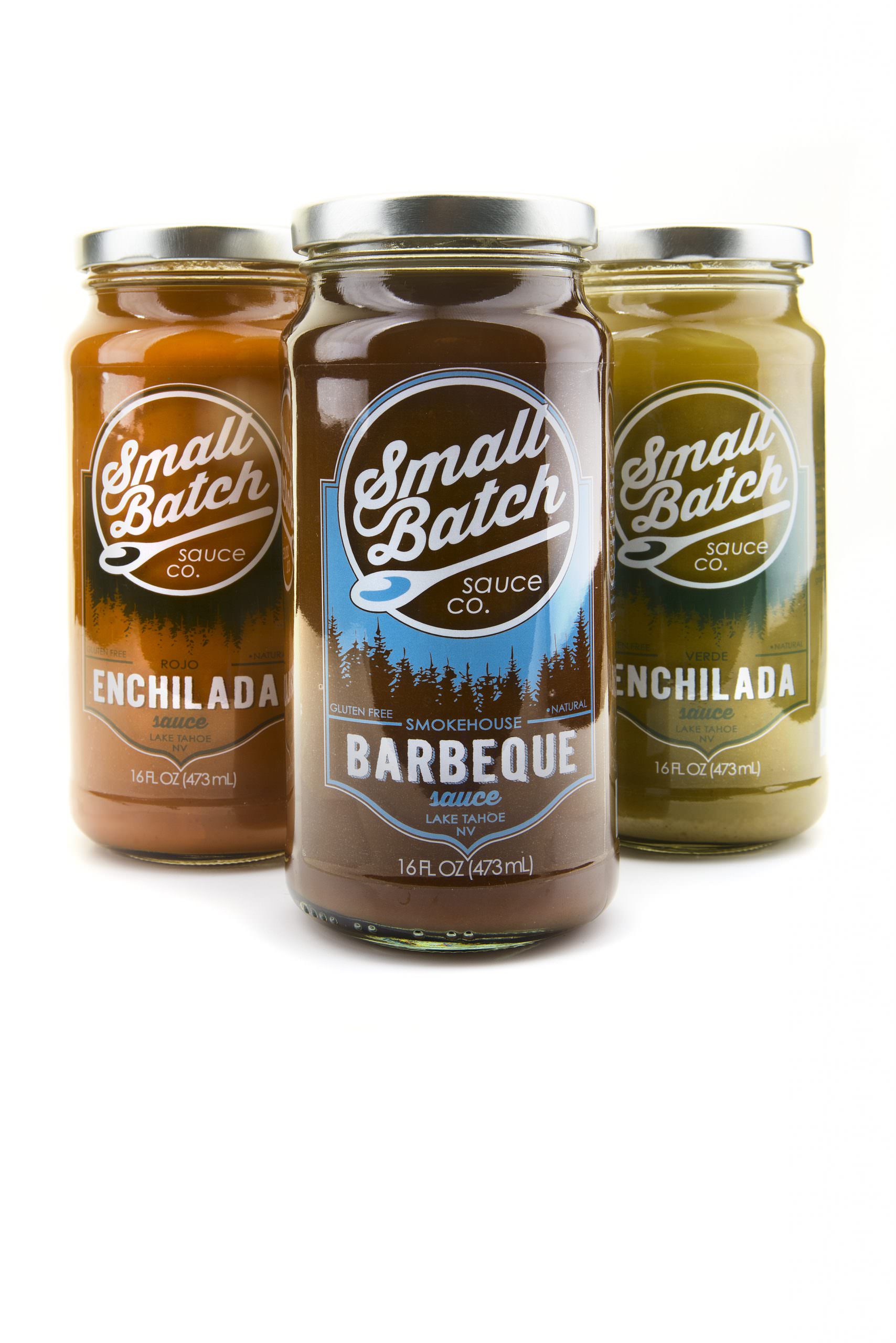 Brought together by a love of snow sports and food at Diamond Peak Ski Resort, Andy Brimm and Erik Castaneda launched Small Batch Sauce Co. out of Incline Village last January, with their signature barbecue sauce and two varieties of enchilada sauce.

Brimm’s catering company operated Snowflake Lodge and Castaneda worked as the base operations manager. Brimm became frustrated with the sugary, syrupy barbecue sauces on the market, so the duo decided to try their hand at making their own.

“What makes our sauce unique — and I don’t know of any other sauce that is made this way — is we take whole tomatoes, cut them in half, and put them in a smoker and smoke them for 3.5 hours. That’s how we get our smoky flavor, not liquid smoke,” Brimm says.

Next came the enchilada sauces, made using fresh tomatillos and hatch chiles sourced from a farmer in New Mexico.

And as their name suggests, Brimm and Castaneda make everything by hand in nine-gallon batches.

“Ultimately, we would like to scale up, but for now this works,” Brimm says. “We get to really control the flavor.”

Claire Cudahy is a Zephyr Cove-based writer who loves nothing more than cramming a pork butt into the slow cooker with a tried-and-true local sauce and later returning to a fragrant home and delicious pulled-pork sandwiches. You can reach her at Clairecudahy@gmail.com.