Tips from a dad who’s discovered homemade ice cream can be fun and easy as child’s play.

Got milk? How about cream?

June just happens to be National Dairy Month, so what better way to celebrate than whipping up a batch of fresh, tasty, homemade ice cream? It’s easier than you may think.

Mike Bowland, local special education teacher, husband, and father, discovered the joys of making ice cream about six years ago. It’s an activity he happily shares with his daughters — Ava, age 4, and 18-month-old Piper — who enjoy the process almost as much as the end product.

Even working with preschool helpers, Bowland has managed to create some amazing original recipes and win a few local dessert contests. He happily shared a few tips and tricks he’s learned along the way: 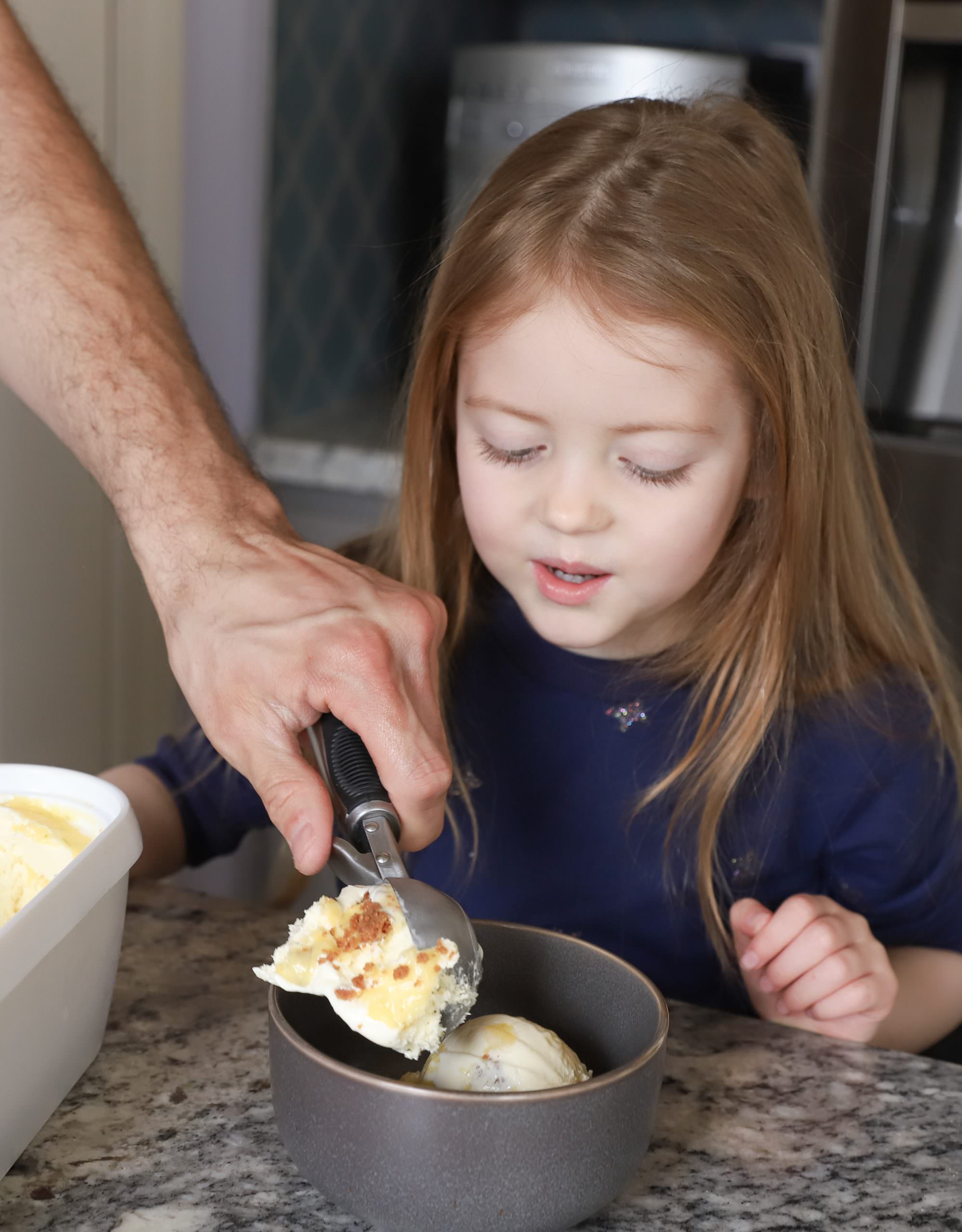 Reno writer Barbara Twitchell loves ice cream, and she really loves these ice cream makers! They happen to be her awesome son-in-law and adorable granddaughters.

2 cups half and half

1 to 2 teaspoons vanilla, to taste

Combine cream, half and half, and milk in saucepan. Heat over medium-high setting, stirring frequently until liquid begins to simmer.

Pour ⅓ of the hot milk into eggs while whisking vigorously. Pour egg mixture back into saucepan, combining with remaining milk. Over medium heat, stir constantly until slightly thickened and able to coat back of a spoon.

Meanwhile, bake graham cracker crust at 325 degrees F for 10 minutes, until it begins to brown. Once cooled, crumble into bite-sized pieces. 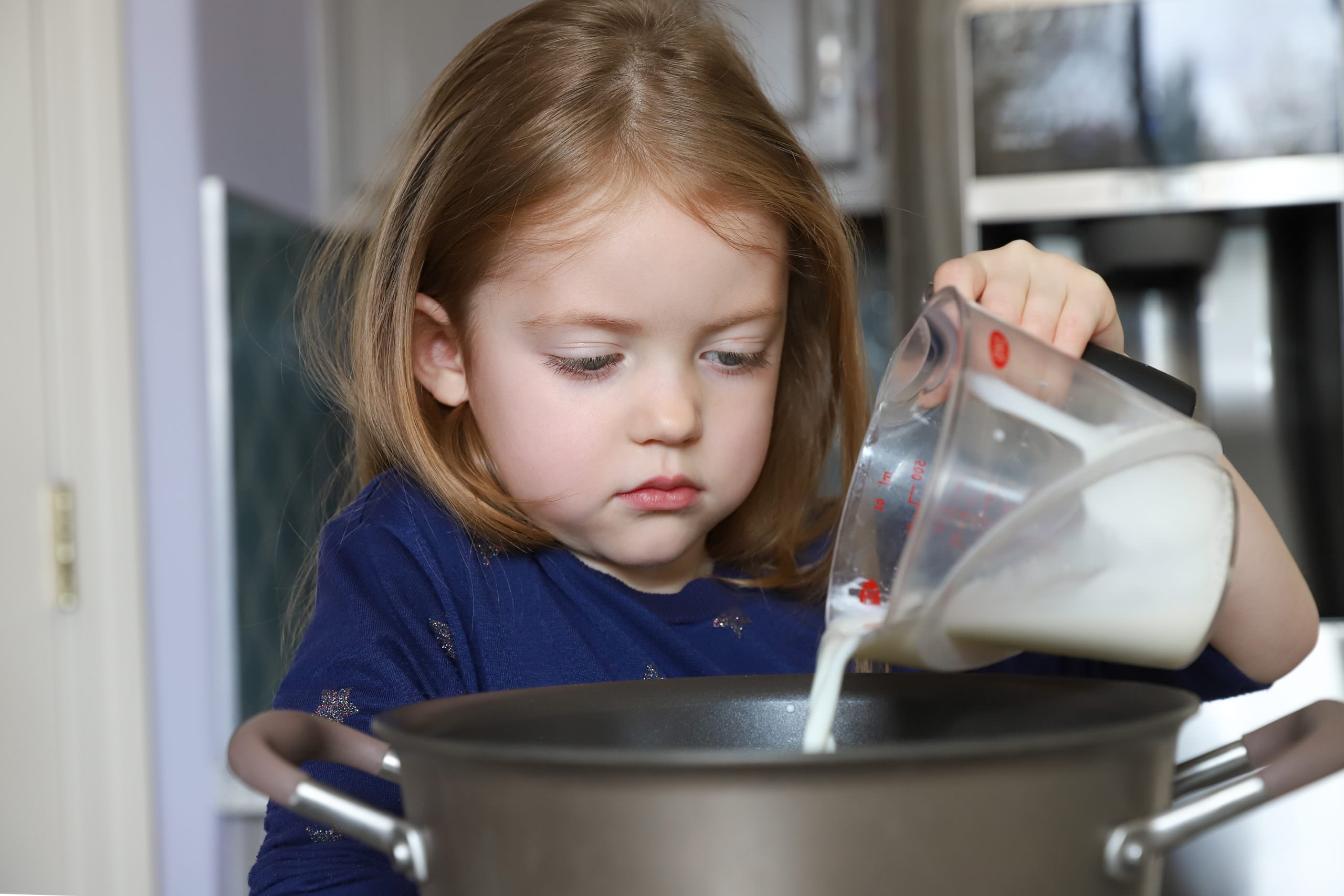 With an electric mixer, whip heavy cream into stiff peaks. In separate bowl, combine sweetened condensed milk with vanilla. Fold in whipped cream until fully blended. Scoop into a 2-quart container and cover. Freeze at least 6 hours until firm.

If your mouth is watering for ice cream, but you have neither the time nor inclination to make your own, visit one of these local establishments that specialize in handmade ice cream: