Long before she became a physicist, Jamie Orr’s first experiments took place in the kitchen with flour, sugar, eggs, and butter.

“I started to get into baking when I was seven or eight,” Orr recalls. “Having permission to make things a little messy was really cool, but I also loved following a recipe and messing with the different amounts and seeing if it would come out — and obviously eating cookie dough.”

The food she grew up eating in her San Mateo, Calif., home was straightforward and simple, Orr says, but when her Norwegian grandmother came to visit, she got to learn about the food that shaped her heritage.

Together they’d make traditional dishes such as salmon with lemon and dill; lefse, a potato flatbread; and krumkake, a Norwegian waffle cookie.

“I learned quickly how to put out grease fires,” Orr says with a laugh. “There was a lot of butter involved.” 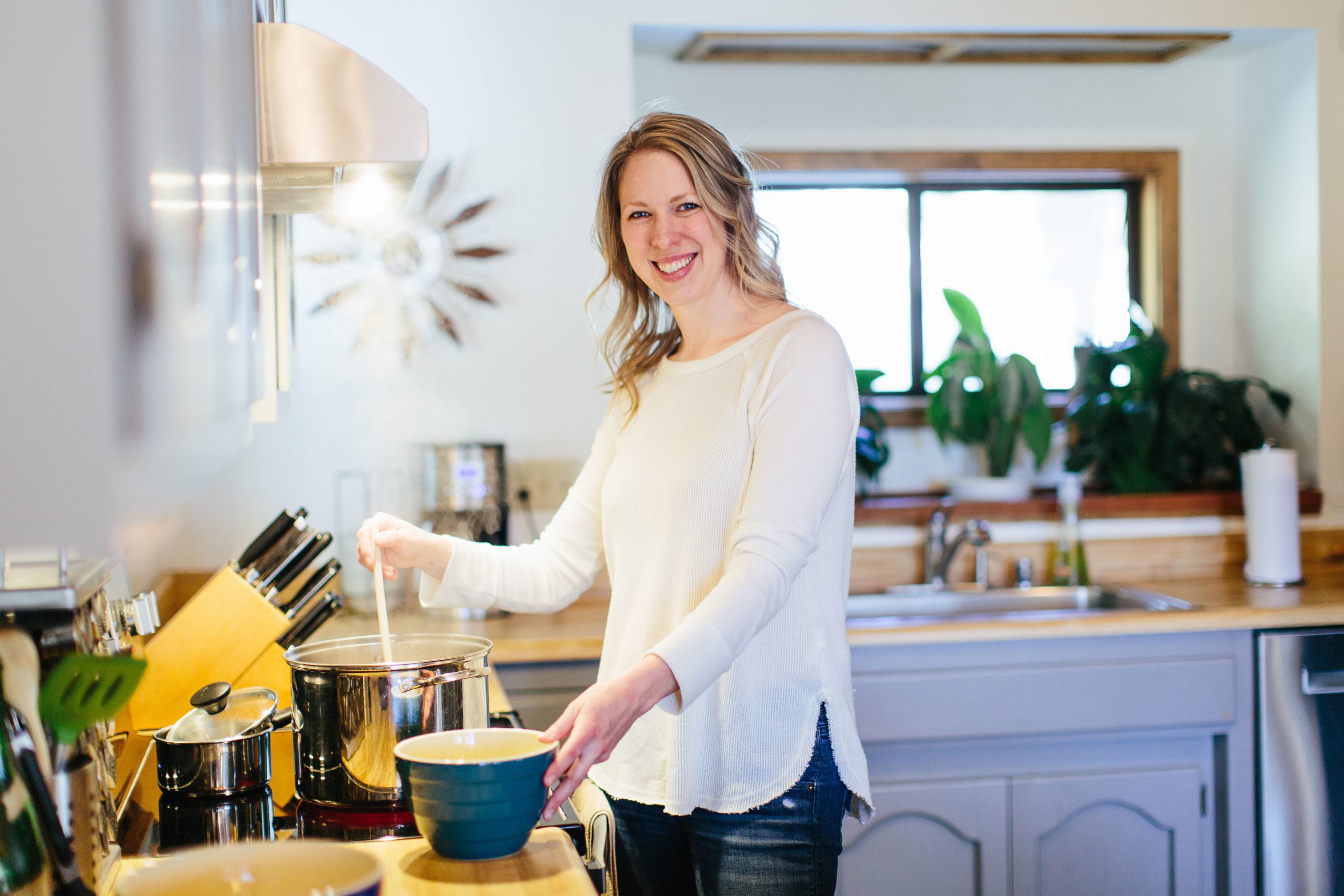 While pursuing her undergraduate degree at California Polytechnic State University in San Luis Obispo, Orr found a love for cuisines from around the world.

“There definitely were a lot of Cup Noodles, but I did start becoming a foodie. That’s when I started getting into things like sushi and Indian food and learning how to make good curries,” Orr says. “All of sudden, I really wanted to eat gourmet foods and French cooking and Italian cooking.”

While earning her Ph.D. in theoretical physics at the University of California, Davis, Orr met her husband, David.

“He is definitely a foodie, too. We got into good wine,” she says. “Both places I went to school are in good wine regions, but lately I’ve gravitated more toward Santa Cruz Mountains wineries, such as Thomas Fogarty Winery and Ridge Vineyards.”

In 2014, after living in Silicon Valley, where David worked at a startup and Orr taught physics at a community college, the couple decided to make a big change: They traded in city life for life at South Lake Tahoe.

Orr jumped on the entrepreneurial track with her husband, and together they opened a co-working space in South Lake Tahoe, Cowork Tahoe (formerly the Tahoe Mountain Lab), that same year.

“We definitely cook more since we moved to Tahoe,” says Orr, who also runs STEM (Science, Technology, Engineering, and Math) camps in Tahoe for children during the summer months. “One of the things about Tahoe that’s really changed (for us) is how quickly friends can get over for dinner. In Silicon Valley, we were fighting rush-hour traffic, so you couldn’t have a dinner party on a Wednesday night unless people lived really close. We love to cook with friends.”

“We’re just generally healthier anyway, so we’re trying to experiment with that and make sure we’re not defaulting to meat and potatoes,” she adds. 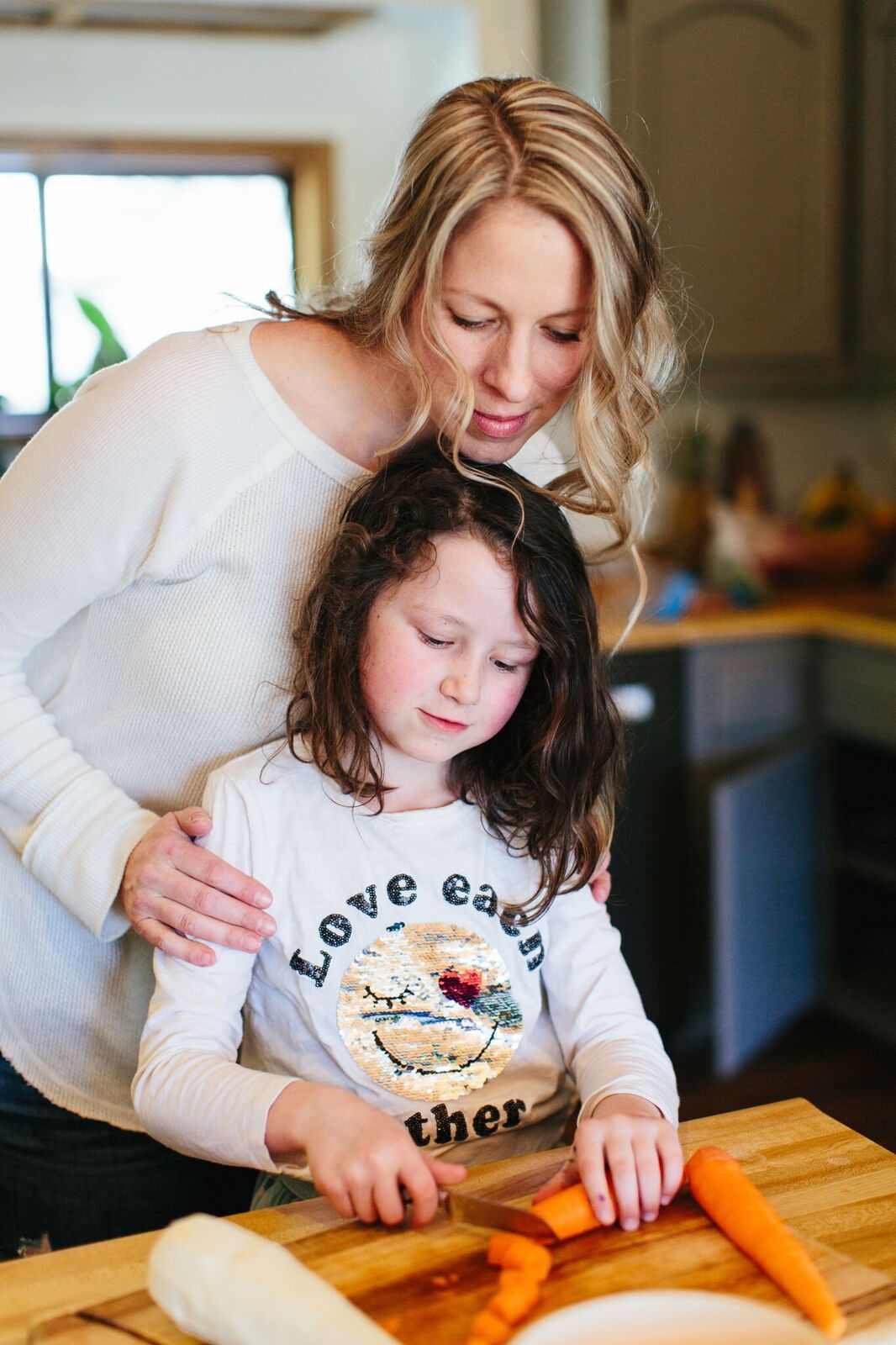 Many of the recipes Orr cooks at home are inspired by her travels, including a trip to visit friends and family in Norway and a trek across Europe.

“The recipes are not from restaurants but from what people cooked for us when we were visiting their homes,” she says. “It brings out good memories about those trips, too.”

But with two little ones at home — Annika, 7, and Ninah, 1 — and a new tech startup designing management software for coworking spaces, Orr is busier than ever.

“Sometimes dinner for me is whatever’s left on the plate that the toddler didn’t eat,” she says. “But we’re also starting to get Annika involved in the kitchen with us and teaching her some knife skills.”

Fiskesuppe, a Norwegian salmon soup, is one such recipe that transports Orr back to their friend’s kitchen in Bergen, but it’s also simple enough to allow Annika to help cook.

“Annika loves salmon. She calls it ‘princess fish’ because it’s pink,” Orr says. “(The recipe is) healthy with a lot of good root vegetables in it, but it’s also super easy and only takes about a half hour — and both kids will eat it!”

Claire McArthur is a Zephyr Cove-based freelance writer who is lucky enough to have penned many articles within the walls of Cowork Tahoe, including this one. You can reach her at Clairecudahy@gmail.com. 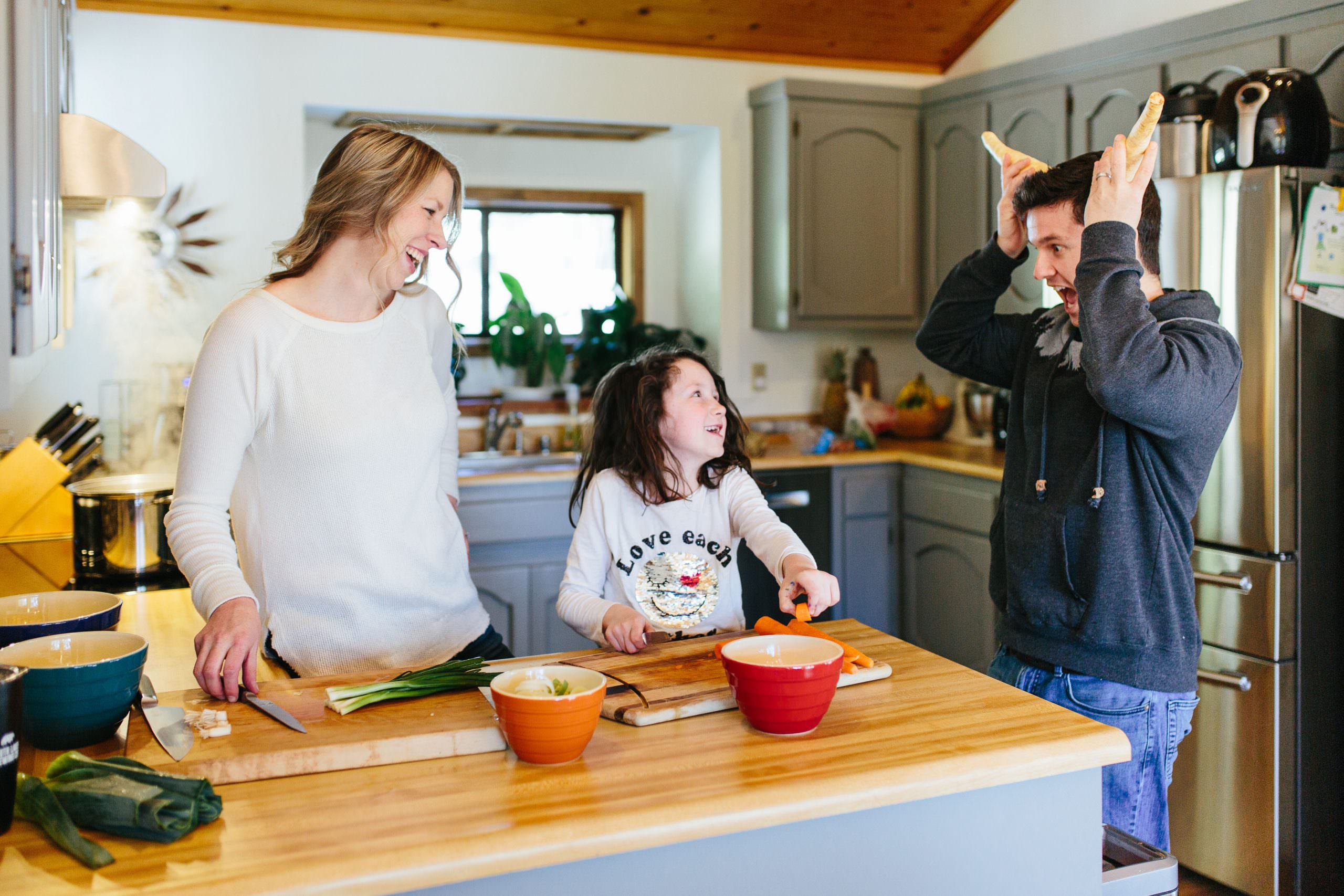 1 small celeriac, peeled and chopped (if hard to find, just skip it or add celery instead)

Salt and black pepper, to taste

Heat butter in a 6-quart saucepan over medium-high heat. Add garlic and leeks, and season with salt and pepper. Cook, stirring until soft, about 8 to 10 minutes. Add carrots, parsnips, celeriac, potatoes, stock, milk, and cream; bring to a boil.

Reduce heat to medium and cook, stirring occasionally, until vegetables are tender, about 25 minutes. Add salmon and continue to cook, stirring gently, until fish is cooked through, 6 to 8 minutes. Stir in dill, parsley, lemon juice, and salt and pepper. Serve it up with warm, crusty bread.

Note: You can thicken the soup a little with a few tablespoons of flour if preferred.