Discover innovative cuisine hidden deep in the Sierra at Stonefly.

It may be hard to imagine that a town as small as Markleeville, Calif. — population 268 — could be home to the culinary oasis that is Stonefly Restaurant, but it’s true. And after just one trip, you’re sure to return again and again. Nestled in the heart of the Sierra Nevada, just a scenic 31-mile drive from South Lake Tahoe, the tiny fishing town boasts only the bare necessities: a post office, an old saloon, a general store, and a small inn. And then there is Stonefly, a large, wooden, barn-style building with paned windows revealing a convivial scene of diners savoring their meals. 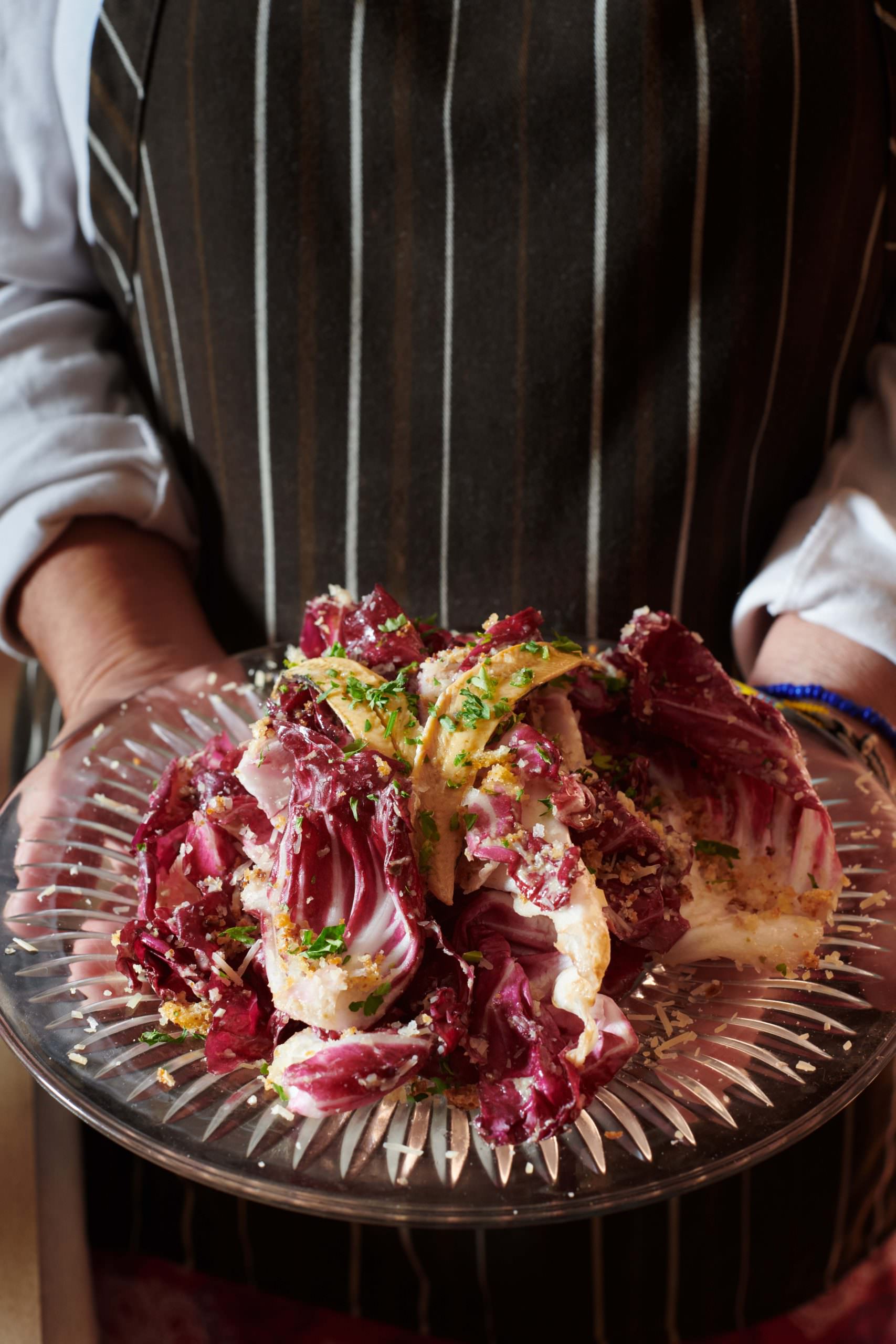 In the summer, it’s an al fresco feast under a canopy of leafy elm trees, offering seasonal fare such as charred figs and arugula over silky burrata cheese and whole rainbow trout with crispy skin and flaky white meat that melts from the fork, served on a bed of savory bread pudding. In the winter, it’s a cheerful respite from the cold, featuring hearty dishes such as tender, braised lamb shank with roasted root vegetables and creamy polenta to warm the gullets and souls of weary skiers. 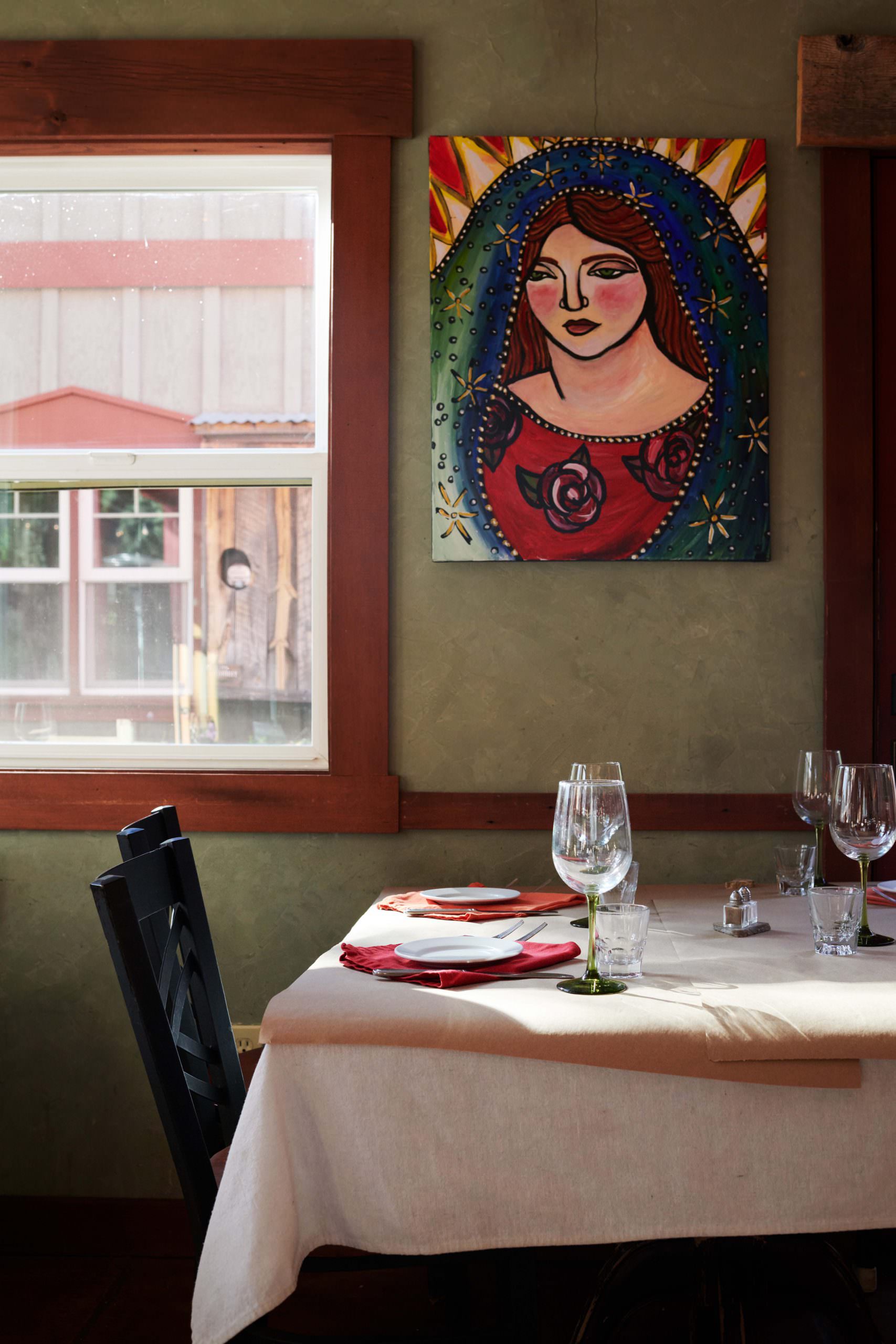 Eclectic artwork adds to the warmth of Stonefly’s interior

Owner Aileen Bornstein and her husband, Nick Hartzell, designed and built the restaurant themselves, adhering to the architectural guidelines for a historic mining town and adding their own rustic flair. In the dining room, the authentic Mexican terra cotta floor creates instant warmth; eclectic local artwork adorns the walls, and strains of bossa nova guitar drift through the air. A wood-burning oven — its brick face covered with a tiled mosaic of colorful flowers — yields mouthwatering artisanal pizzas and the home-baked ciabatta that greets every table. 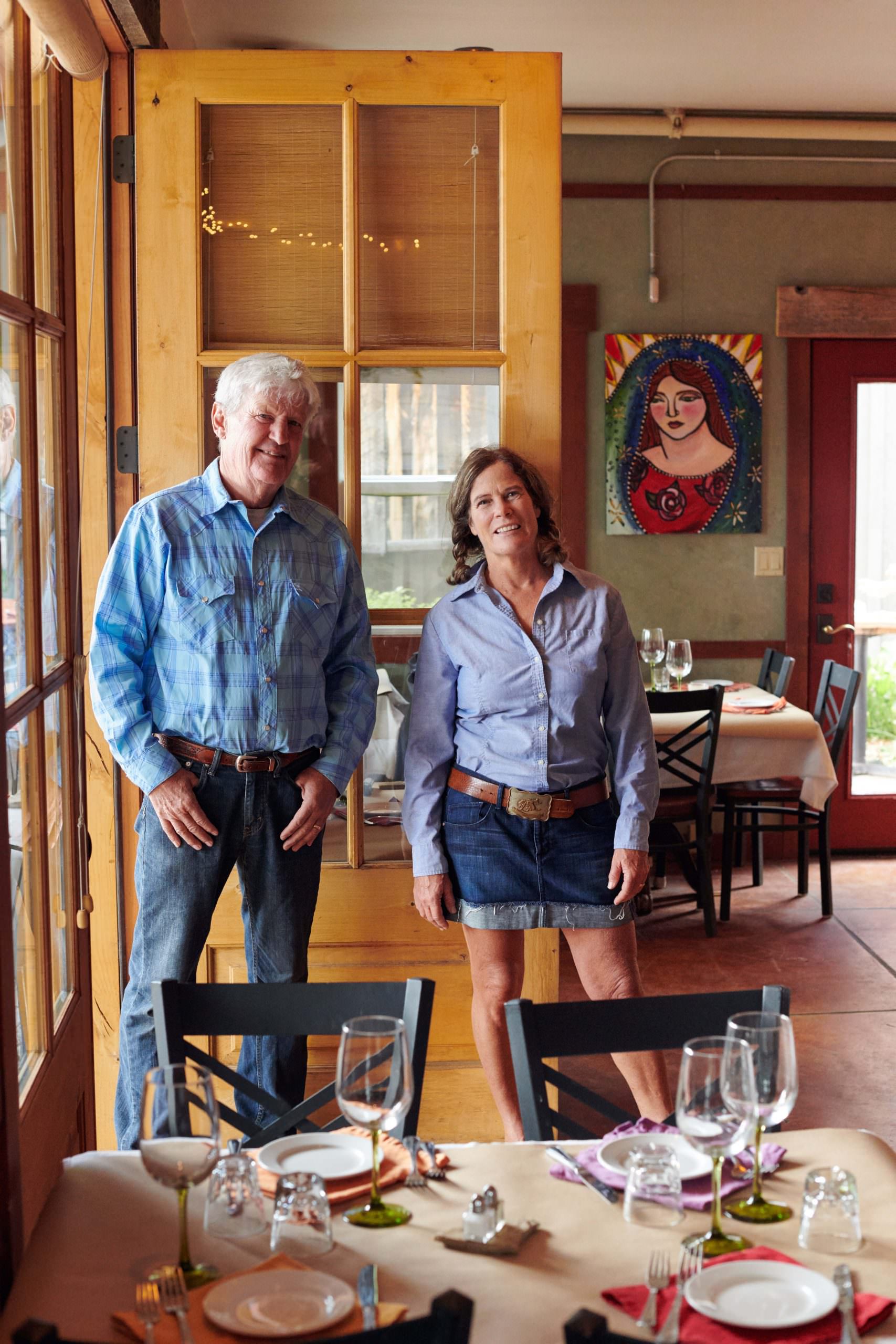 Aileen “Ali” Bornstein and her husband, Nick Hartzell, own Stonefly in Markleeville

A strong feeling of community is palpable at Stonefly; this is something Bornstein has striven to achieve. While she cooks behind the line, her husband acts as a host, seating people and circulating the room.

“We wanted it to feel like a welcoming, homelike environment,” she says. “That’s what we conceived. I think I first started cooking for the social aspect — bringing people together to share a meal.”

Putting on a show

For those curious to see the culinary process in action, there are a few seats at the wooden counter that separates the open kitchen from the dining room. From here, diners can watch as Bornstein and sous chef Miguel Martinez work with lightning speed to plate artfully composed dishes such as wood-fired, prosciutto-wrapped pears with gourmet blue cheese and fresh herbs, or seared scallops with velvety risotto and a citrus-ginger glaze. 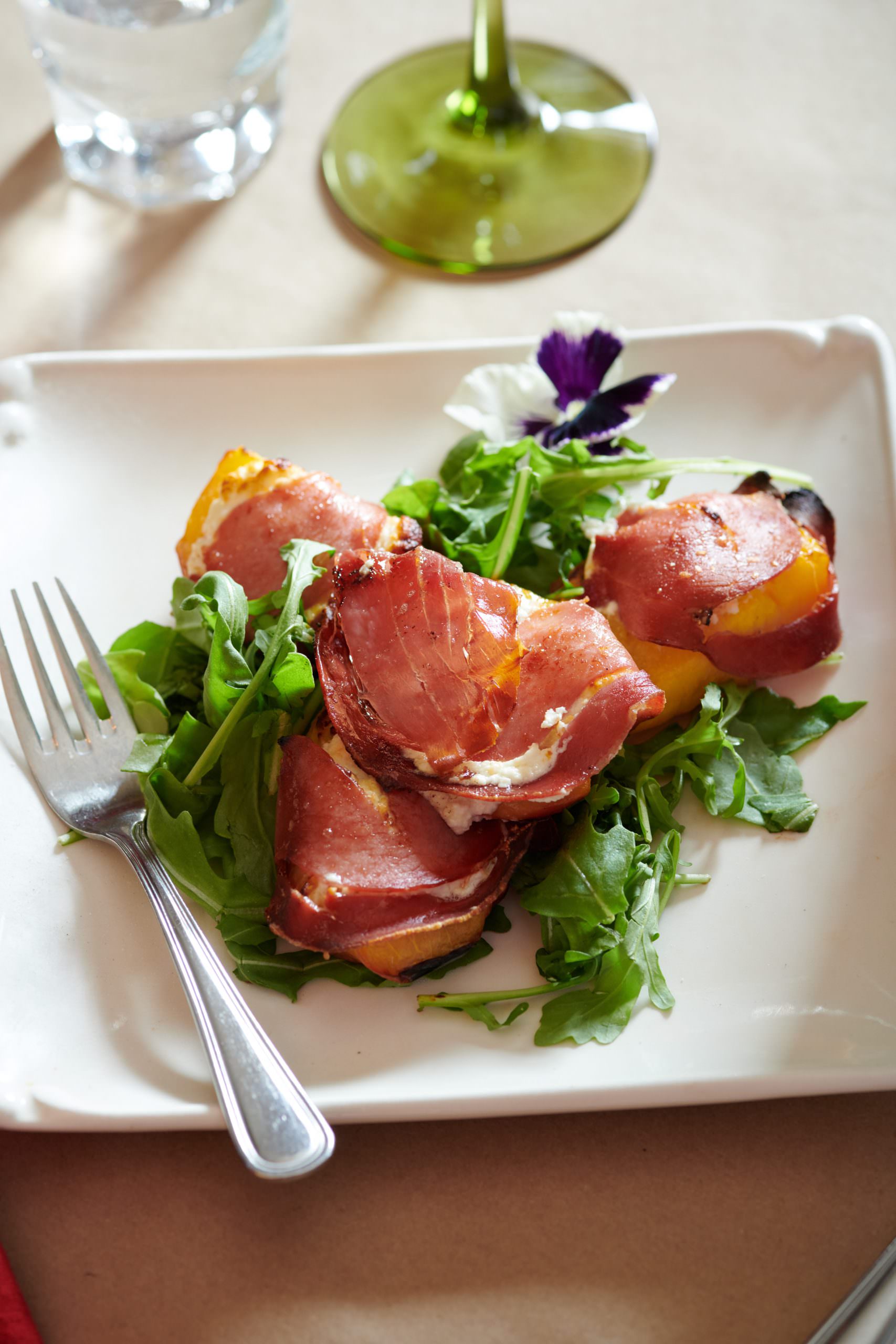 Ingredients are locally sourced whenever possible. Prime cuts of meat and poultry that will become grilled rib eye, roast chicken, and confit duck are delivered by nearby Sierra Meats in Reno, and produce is chosen according to the season, with farmers sometimes trading their goods for meals. 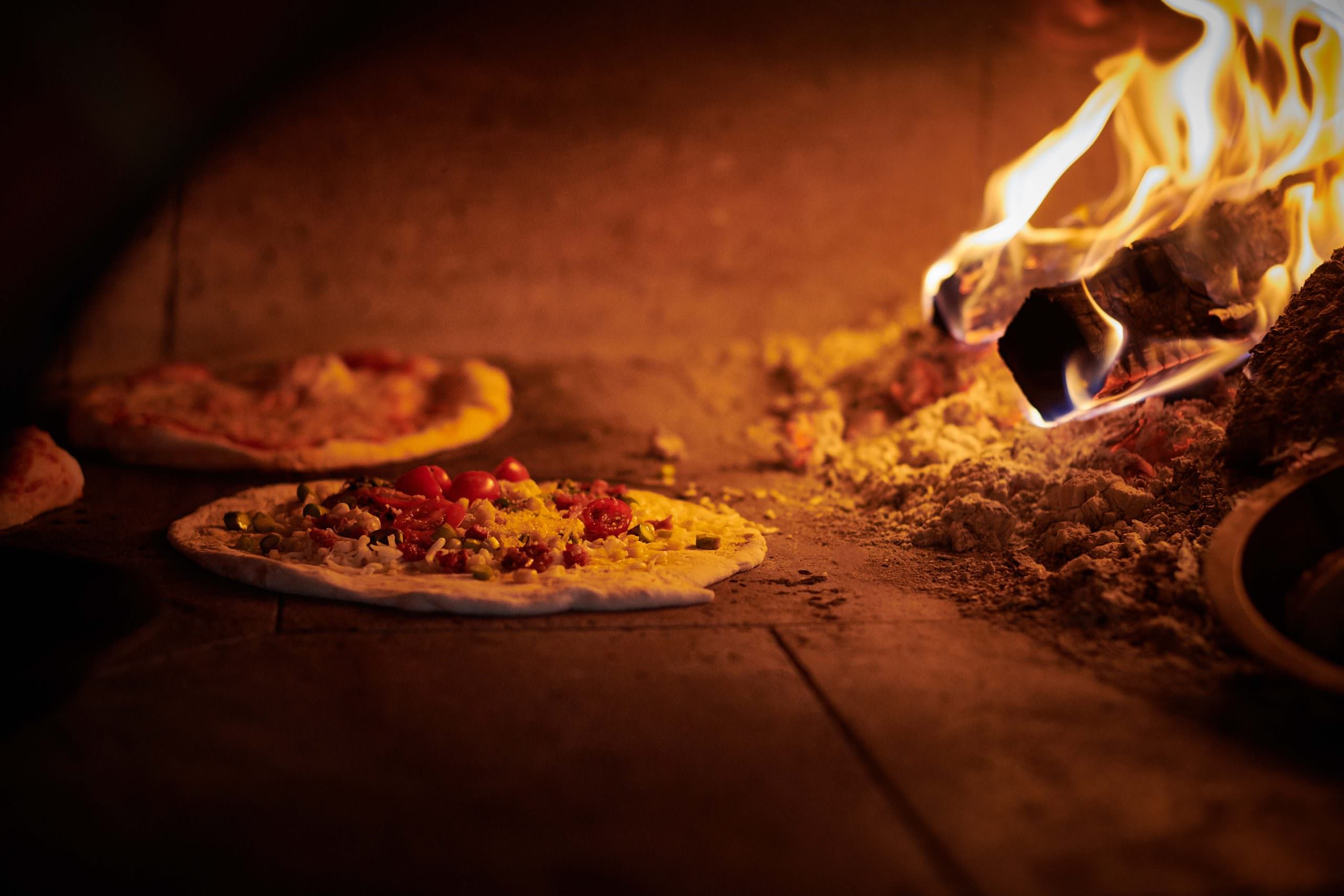 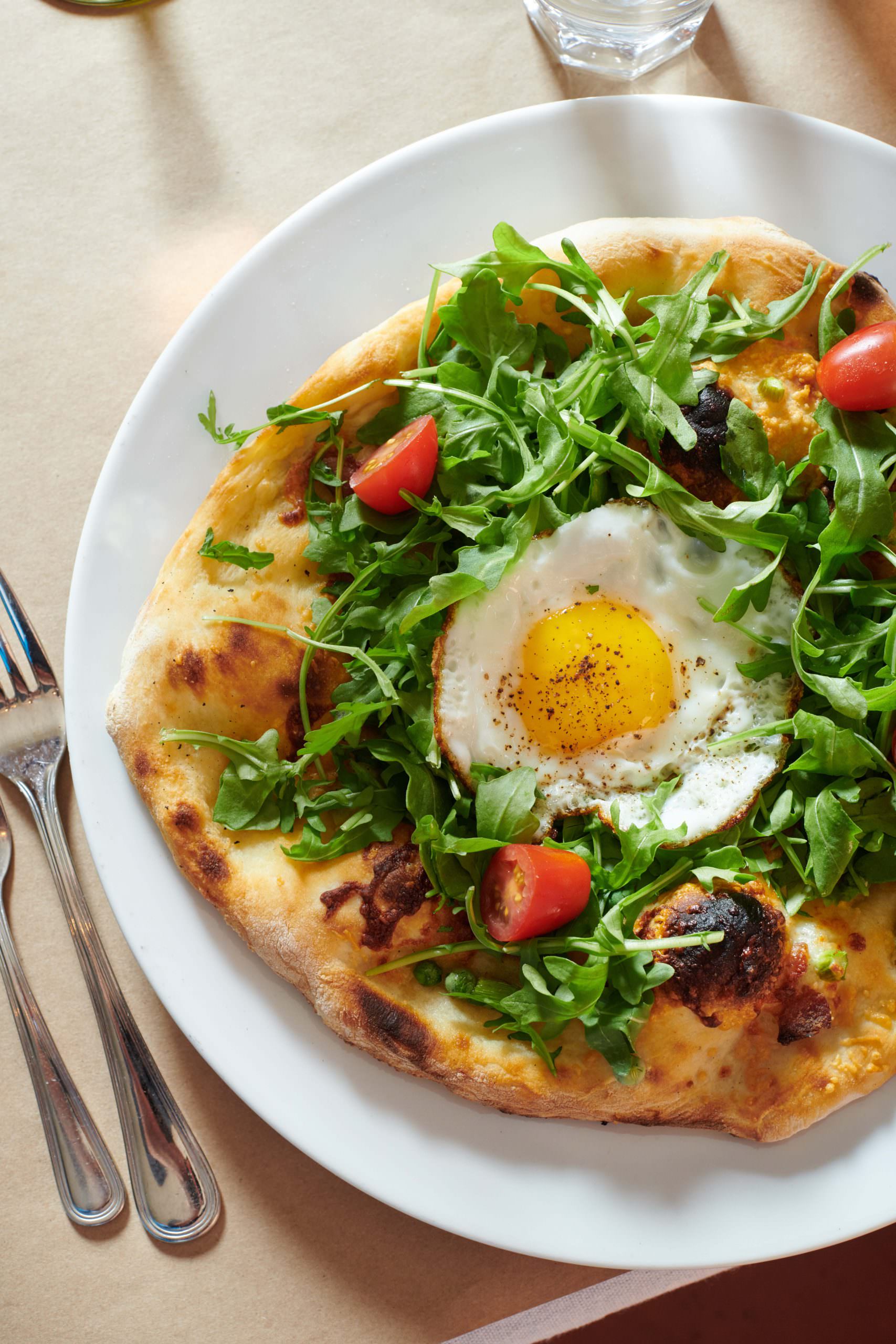 The restaurant is open on Fridays and Saturdays only; during peak season it’s open on Sundays as well. It serves dinner only.

“It keeps it fresh and exciting,” Bornstein says. “But even though we’re only open on the weekends, I’m here every single day prepping and baking desserts.”

One of Bornstein’s homemade sweets, paired with a hot mug of French press coffee, is the perfect finale to an unforgettable meal. The almond torte is a marzipan masterpiece, swimming in a lake of crème anglaise and tart, stewed cherries. The buttery fruit crostatas are served à la mode with ice cream churned in house. These delicate hand pies, bursting with juicy apples, cranberries, and pears, tempt from a dessert stand displayed on the counter, making it impossible to turn down one last course.

Lili Rauh is a restaurant manager and professional mixologist who loves to write, eat, and write about eating. She has lived in and eaten her way through major food cities nationwide, from California to New York and back again. 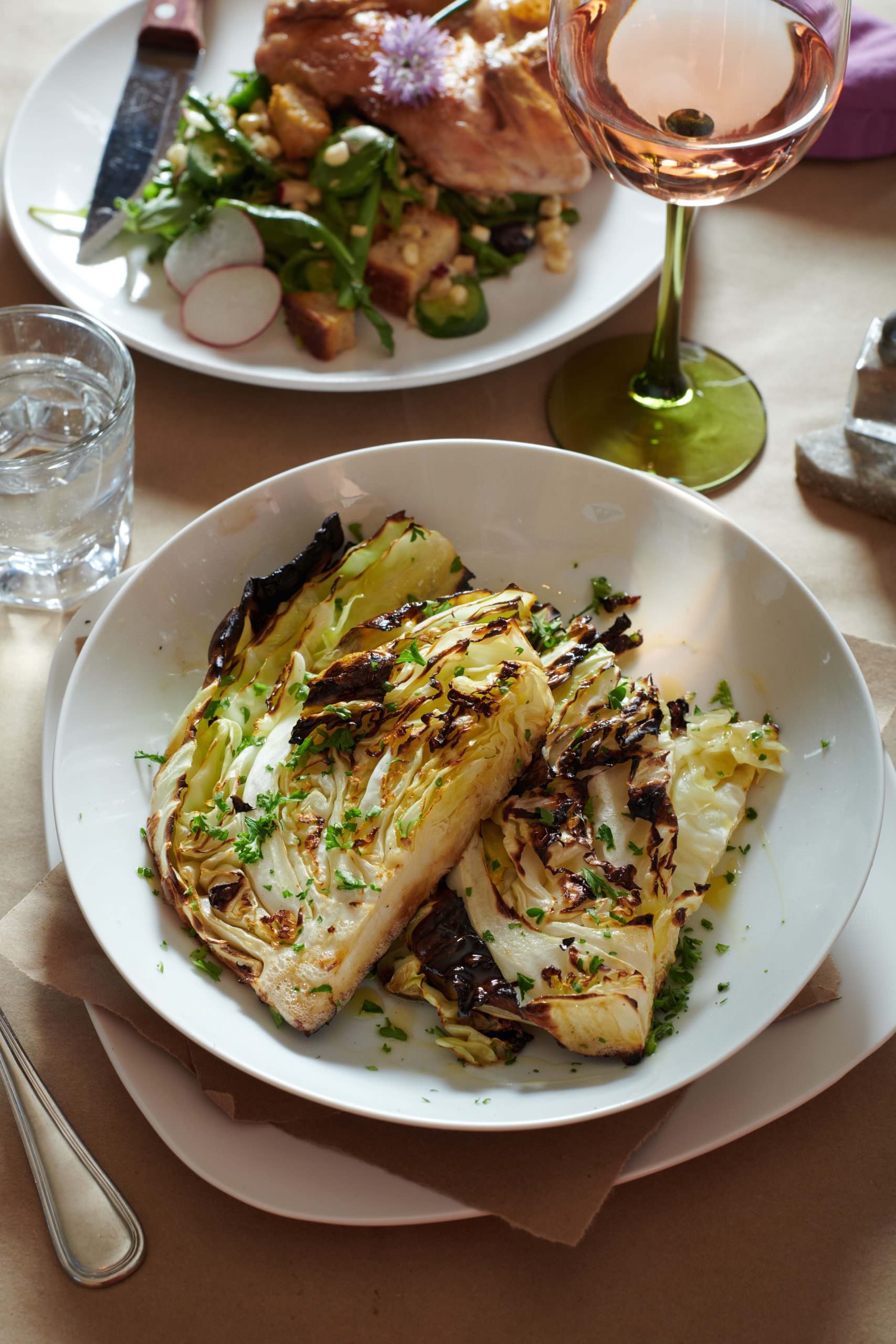 “This dish takes on a nutty, sweet flavor with the smoky charred edges,” Bornstein says, “with the high heat allowing the cabbage to char while retaining its fresh crunch in the interior.”

Parsley or other fresh herbs, for garnish

Cut cabbage into 6 wedges, core intact, and toss with olive oil and salt.

Place in wood-burning oven or broiler on high, turning occasionally until well charred on all sides (about 15 minutes). Toss with sesame oil. Place on platter with miso vinaigrette and tahini; sprinkle with freshly chopped herbs.