Amid the verdant Sierra Valley, a solitary acre produces joy for hundreds of people each October. Going into its sixth year, Li’l Meg’s Pumpkin Patch brings a festive air to fall with games, baked goods, artist booths, and a plethora of pumpkins.

It began as fun father-daughter time years ago at their Truckee home. Megan (or Meg) Whittemore’s father, Tim, would decompress from his construction career by gardening, and he instilled that interest in his daughter. Then, in 2003, the Whittemore family relocated to a 10-acre property in Beckwourth, Calif., where today four generations reside.

“Our family is really close; I grew up with the mentality that family was the most important thing,” Meg says. 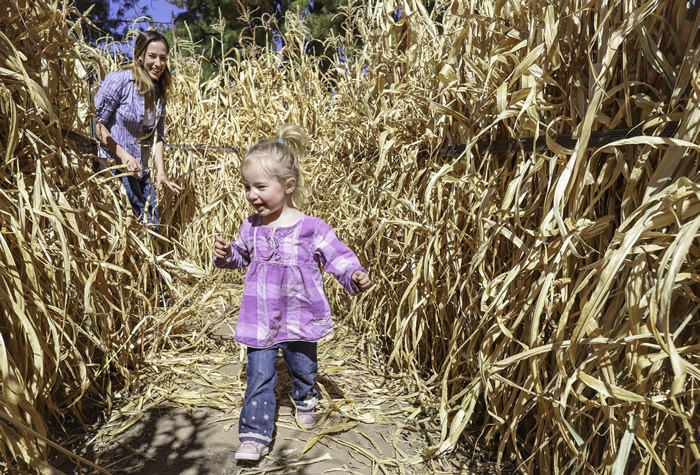 From left, Angele Carroll chases daughter Pfeiffer in the corn maze at the pumpkin patch 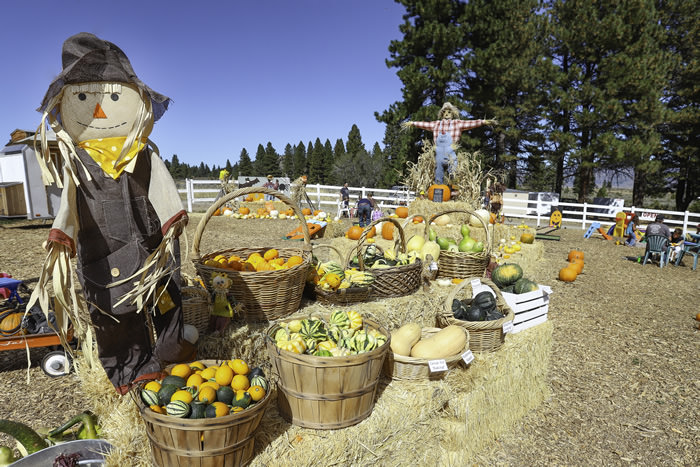 Pumpkins, squash, and scarecrows set the scene at the pumpkin patch

Meg, along with her grandparents, parents, and 3-year-old daughter, Angie, all live on the land that also hosts the annual autumn event that father and daughter once conceptualized. During October weekends annually, their farm becomes a vibrant, happy place for all ages, like Sierra Valley’s very own Disneyland.

“We wanted to give the community something really fun and family friendly to do,” she shares. “You can have the worst day ever, then you come out here and it totally turns your day around.”

At 5,000 feet elevation, the Whittemores’ farm is tucked against the Sierra Nevada and the Plumas National Forest, just below Beckwourth Peak. Each spring, they plant a bounty of organic produce that fills Community Supported Agriculture baskets for locals, plus supplies area restaurants and markets into fall. Zucchinis, cucumbers, beets, carrots, celery, lettuces, broccoli, winter squashes, and gourds accompany the pumpkins on the farm’s single acre of growing area.

Come September, the pumpkin, gourd, and winter squash harvest begins. Then, on Saturdays and Sundays each October from 10 a.m. – 4 p.m., the farm opens to the public and transforms into Li’l Meg’s Pumpkin Patch. 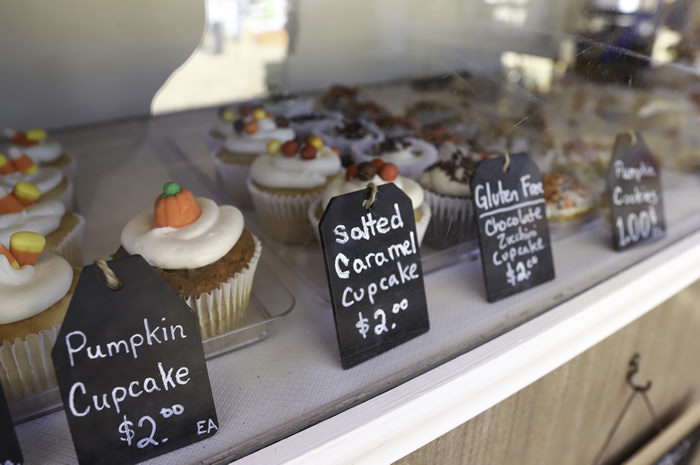 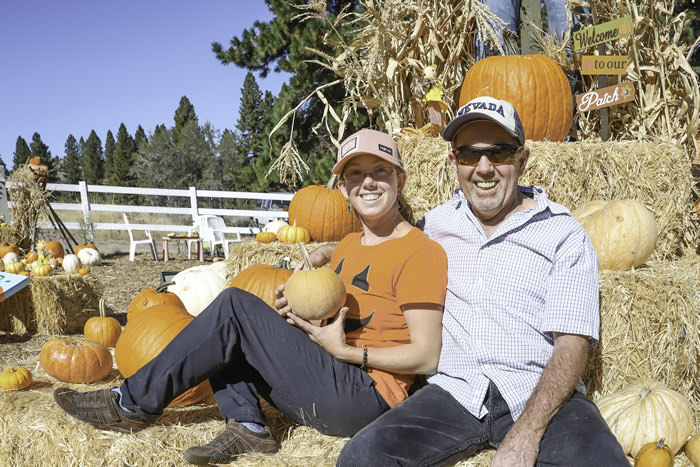 It began 15 years ago with a small corn maze, some games, and baked goods, all made by Meg herself. At first, they sold about 200 pumpkins and gourds, but these days the total tops 1,300 each season. Each year, the event grows, adding new games such as jack-o’-lantern cornhole, pumpkin checkers, a corn pit, and pumpkin bowling.

Artists are invited to set up booths and share their wares, some of which are created by the patch’s namesake, who also has a talent for pyrography, the art of wood or leather burn etching. During the week, Meg is in the kitchen preparing the 20 to 25 different varieties of baked goods to be sold, such as cookies, banana and pumpkin breads, biscotti, apple turnovers, pecan pies, and one of her visitors’ favorites, maple shortbread cookies. Upward of 30 loaves of bread alone fly off the farm each weekend. People now tell her they “had to get here early” to get their favorite items.

Her creativity led her to earn an arts degree from the University of Nevada, Reno, before heading to cooking, then baking schools.

The farm offers a wide range of pumpkins, from tiny, mandarin-size ones up to 150-pound giants. Most grown are about 50 pounds or less due to the Sierra Valley’s short growing season. The family’s prime focus is on specialty pumpkins, such as baby boos, jack be littles, rouge vif d’etampes, and knuckleheads, although jack-o’-lanterns also are grown.

While it is a family endeavor, ultimately, it’s the pet project of Meg and Tim.

“Mom helps, but she’d rather be riding horses than digging in the dirt,” she says.

Once Halloween arrives, they’re admittedly exhausted. But the wide eyes and glowing faces reveling in their pumpkin patch each fall inspire them to do it all again next year.

Natasha Bourlin is a Reno-based freelance writer and huge fan of Halloween.

Using flour-coated hands and surface, gather dough from bowl and divide into 2 parts. Form each into a log. Place each log on baking sheet and pat into rectangle of about 8 by 4 inches. Bake 25 minutes. Remove and let set for 5 minutes.

Turn oven temperature down to 325 degrees F. Using serrated knife, cut logs into ½-inch slices. Slightly separate all slices on sheet pan, then return to oven. Bake additional 50 minutes. Remove from oven, and let cool completely on cooling rack; do not cover. They will be slightly soft while hot but will become crunchy when cooled.

Once cooled, drizzle melted white chocolate over tops of biscotti in zigzag design. After chocolate has cooled and hardened, store in airtight container at room temperature for several days. Otherwise, wrap tightly and store in freezer for much longer. Enjoy biscotti by dipping into your favorite beverage: coffee, tea, hot chocolate, milk, etc.

Natasha Bourlin, founder of Passport & Plume, loves nothing more than to convey inspirational stories and travel the globe. Reach out to her, and reach your readers. Dog lover.