Definition of “a well-oiled machine”:

1: Something that operates capably through the effective coordination of many parts.

Tack onto that definition the ability to adjust to the times and adapt through challenges, and we’ve just described Teri and Joe Bertotti’s Hole-In-One Ranch.

Located about an hour north of Reno, the family-run, 500-acre ranch hugs the north end of Honey Lake near the small towns of Janesville and Buntingville in Lassen County, Calif. The ranch has sweeping views of Honey Lake Valley and Thompson Peak, and it’s filled with the sounds of birds and the bleating of young lambs. The lambs make up just a third of the ranch’s food offerings. Also roaming through the tall grass and pasture are Black Angus beef cattle and a family of pigs. About 200 acres of the ranch are set aside for the production of alfalfa hay.

“We love that we are doing something traditional,” Teri says. “We are getting back to our roots, managing the land, and being good caretakers of the animals.”

As owners of one of the only ranches of its size and type in the area, the Bertottis are supported in their work by their son, Andrew, and one employee. Several hardworking herding dogs regularly circumnavigate the property, keeping an eye on the sheep. 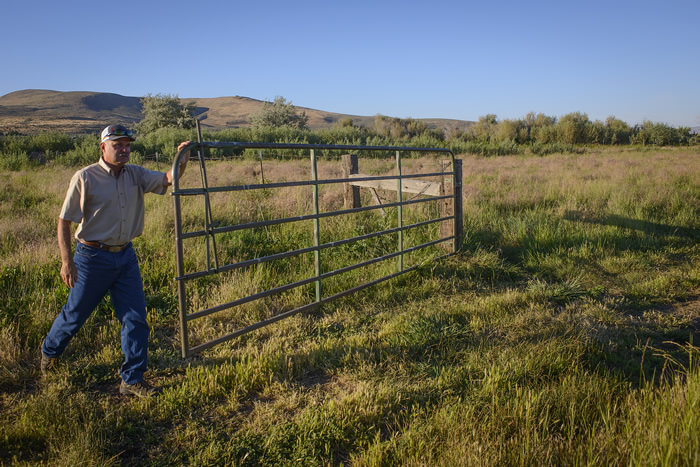 Joe Bertotti closes a gate on his ranch 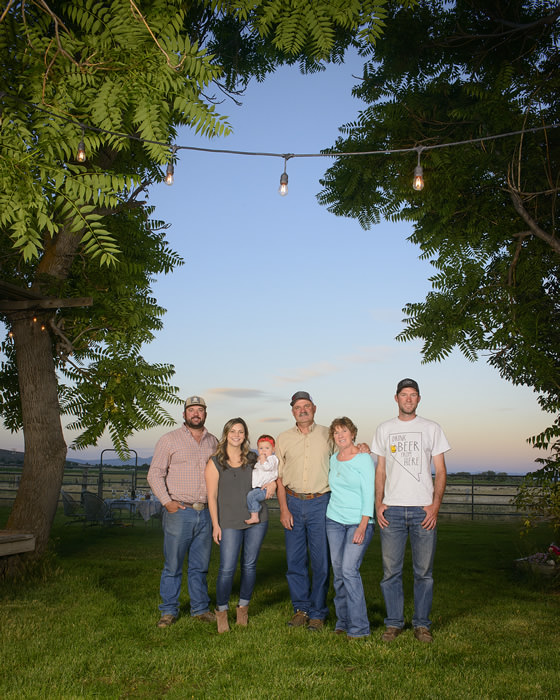 Teri is a third-generation member of a ranching family that originated from the Pyrenees region of France and has been in the Lassen County area for more than a century. She also is a teacher at Shaffer Elementary School in nearby Litchfield, Calif. Joe was raised in the Santa Rosa, Calif. area and didn’t get into ranching until he and Teri purchased their first cattle ranch in 1993 in the nearby town of Standish. After living on a local golf course, their initial brand and ranch name of Hole-In-One came naturally. The Bertottis moved to the current ranch in 2001.

Initially, the family only raised beef, but at the farmers’ markets, customers would ask where they could buy local, grass-fed lamb or pork. So the family decided to diversify and expand into the Big Three: cattle, sheep, and pigs. With water supply challenges in this dry area, sheep were a logical choice.

“Our land and our environment really favor sheep,” Joe says. “They are better suited for the land that we own.”

The ranchers raise about 800 of two main sheep breeds. The Rambouillet cross-bred sheep primarily are raised for their wool and are well adapted to the high desert. The dorper breed are raised for their meat, and the six- to nine-week-old lambs (as well as the Bertottis’ beef and pork) are processed by Wolf Pack Meats in Reno. The flock is regularly moved around the property through the use of electrified fencing, and separate pens hold bummer lambs — the lambs that have lost their mothers or were born part of sets of triplets or quadruplets and were pushed away from their mother’s source of milk. These lambs are then raised separately with bottled milk. Once a year, the shearers are called in to remove the entire flock’s wool, which is then sent to auction for textile buyers.

The family’s 30 or 40 pasture-raised sows are a heritage variety bred with a mangalitsa boar. This Hungarian breed looks more like a walking wool rug than a hog. Known as the Kobe beef of pork, the boar has thick, curly bristles and meat with high fat content. While the Hole-In-One Ranch boar is dark, mangalitsa pigs also can be blond or red haired. 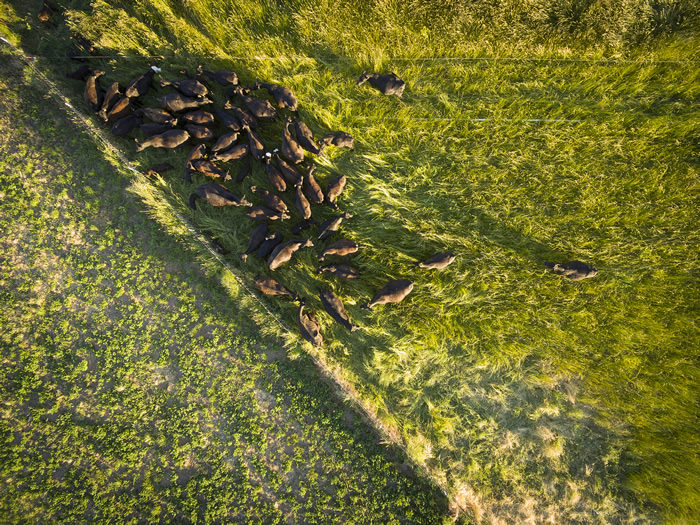 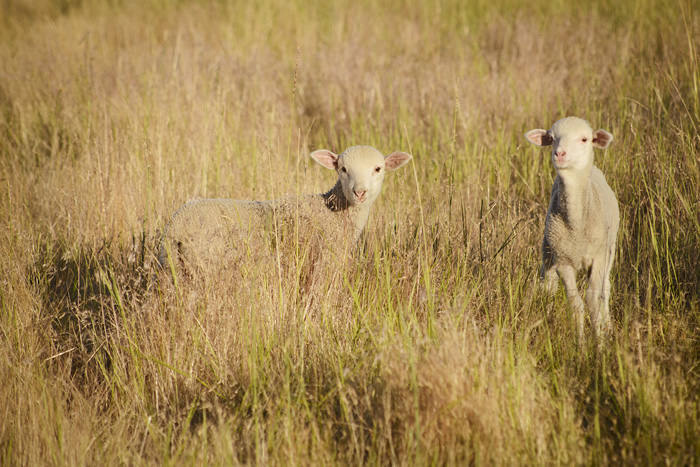 Part of the family

The ranch’s ground beef is its top seller, and its specialty meats sell out quickly, but the delicious, Italian-style pork sausage and bacon quickly are becoming customer favorites.

“Our bacon is amazing,” Teri says. “It’s so fatty, and our customers can’t get enough of it. They are amazed when they cook it that the fat just turns to meat.”

Even though the ranch is an hour away, the Bertottis consider the Reno-Tahoe area their local market. They make the trip several times a week to attend the Truckee Community Farmers’ Market, the Truckee Certified Farmers’ Market, and The Village Market on California Avenue in Reno. They also have a booth at the Sierra Valley Farms Farmers’ Market in Beckwourth, Calif. Meals featuring their products also can be ordered at Lassen Ale Works in Susanville and Six Peaks Grille at the Resort at Squaw Creek. The Bertottis are interested in increasing direct shipments to customers, but the farmers’ markets are where they build their base.

“We love the relationship we have with our Reno customers,” Teri says. “On the opening day of the market, we greet each other with hugs. It’s wonderful.”

Christina Nellemann is a Washoe Valley writer and designer who recently made some delectable homemade pasta sauce with Hole-In-One Ranch pork sausage.

Season pork cubes generously with salt and pepper. Heat olive oil in a large, heavy-bottomed pan over medium-high heat. Working in batches and not crowding meat, lightly brown pork chunks on all sides. Remove pork, add chopped onions to pan, and cook until soft and golden.

Cook in slow cooker for 8 hours on low or in Dutch oven, or inside 325 degree F oven for 2 to 3 hours. If using oven, check meat occasionally to be sure chili isn’t boiling and that there is enough liquid; add more chicken stock or lower temperature if needed. When cooking is complete, shred pork and return to liquid to keep warm.

“Our friend Bob came up with this recipe,” Teri says. “At the ranch, we serve this with corn tortillas, fresh cilantro, lime, and a touch of sour cream.”