Heading into the new year always feels like a good time to dive into the local foodie scene. After the heavy cooking of the holidays, it’s a relief to hand the reins (and the pan) over to someone else. Luckily, Reno’s food-and-beverage scene is more than ready for you, and we’re bringing you all of the newest updates just in time for some post-holiday grubbing and drinking.

Even a global pandemic can’t slow the new-restaurant roll in Northern Nevada.

In Reno, Michelle Kitchen, owner of Custom Cakes By Kitchen & Café, opened a second location in August to dole out her creative cakes. Stop in at The Cake Slice at 59 Damonte Ranch Pkwy., Ste. D, to satisfy your craving for sugary goodness, sold (mostly) by the oversized slice.

South Reno saw its first Chop Stop open in October. The L.A.-based chain only has one Northern Nevada location, located at 75 Damonte Ranch Pkwy., Ste. C. The fresh-food eatery offers an abundance of chopped salads as well as burrito bowls.

Maya’s South Indian Cuisine moved from the West Street Market to its new location in South Reno, in the Southwest Pavilion next to Lee’s Discount Liquor at 8175 S. Virginia St. Owner Anitha Pagidi plans to focus on a larger menu at the new space.

Word is out that Atlantis Casino Resort Spa in Reno will add a new Chinese restaurant to the property. Details are coming soon, but the space was expected to open by Dec. 25 (too late to report by our deadline). The Atlantis also opened a stylish new cocktail lounge in late November, offering signature cocktails and exclusive hand-selected draft beers.

Locals’ favorite Silver Peak Brewery on Sierra Street in Reno is under new ownership by Luis Pierrott, who purchased Josef’s Vienna Bakery & Café in Reno several years ago. The brewery’s Wonder Street location in Midtown has been closed for several months and is for sale.

Speaking of ownership changes, Trevor Leppek and Ryan Goldhammer, the masterminds behind Reno’s Noble Pie Parlor and Pignic Pub & Patio, have restructured their business agreement. Going forward, Leppek will operate Pignic with investors while Goldhammer does the same with Noble Pie. They announced in a Nov. 11 release that the dissolution of their partnership is amicable.

At the former Mendoza’s Bar & Grill location at 551 E. Moana Lane, you’ll find the newly opened Tacos Jalisco Mariscos & Cantina. Tacos, soups, appetizers, seafood cocktails, fajitas, burritos, and enchiladas are just some of the fare being served up in this restaurant that began in Truckee.

Another Mexican eatery, Dream Tacos and Cantina, has opened, taking over the former Candelaria’s Mexican Food location in the Reno Town Mall. It shares a patio with Prost  Biergarten, which opened June 19 at 180 W. Peckham Lane.

Nearby on California Avenue, Pizzeria Lupo is taking up residence in the former Monaciello location. The restaurant will connect to its neighbor, The Loving Cup, and serve up 16-inch round pies, Detroit-style squares, and slices of both, along with other dishes and soft-serve ice cream.

The Jungle Vino bar in Downtown Reno got a makeover during the April shutdown and reopened as Matt Polley’s reimagined concept, The Office of Hughes and Porter Bar & Lounge, or simply The Office for short. The spot, located at 248 W. First St., offers a list of cocktails and other beverages as well as small plates and charcuterie.

There’s plenty of activity happening in Sparks as well. In October, Mamma Celeste’s Gastropub & Pizzeria opened at 360 South Los Altos Pkwy. Ste. 180. The eatery was previously housed in Paradise, Calif., before the Camp Fire leveled the entire town, including owner Jim Flanagan’s home, prompting a move across state lines and the return of a Paradise favorite.

A collaboration between Lighthouse Coffee and Packs and Pints in Sparks’ Victorian Square led to the opening of a pop-up in August. The coffeehouse stand occupies part of the bar’s space, serving its signature specialties at 944 Victorian Ave. 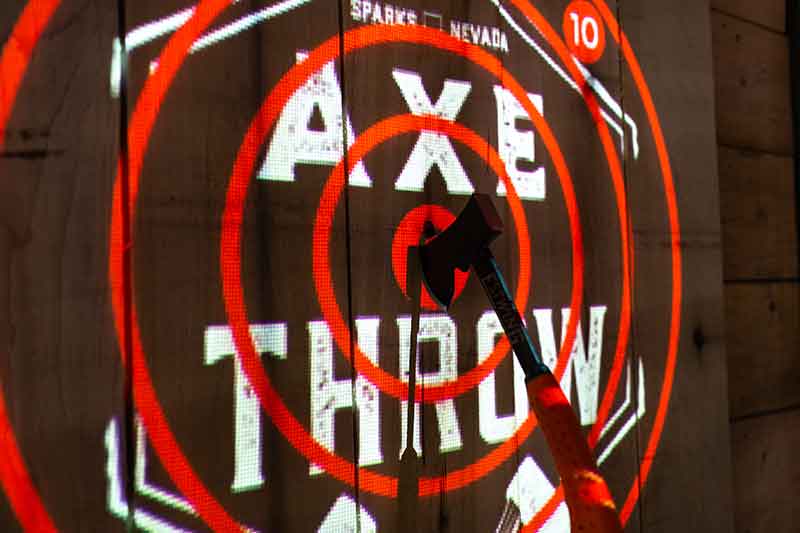 Axe & Throw, operated by Key & Code Escape Rooms, made its debut at The Outlets at Legends on July 1 with extra COVID-19 cleaning measures in place ahead of opening. The venue offers beverage service, including beers, ciders, seltzers, and non-alcoholic drinks.

Fans of bubble tea rejoice, there’s a new place in Sparks serving up this Asian concoction! Ding Tea opened in November at 2900 Clear Acre Lane in the former Sparks and Smoke BBQ location.

The long-awaited Bank Saloon opened in Carson City in October, serving a menu of handcrafted cocktails in a historic building at 418 S. Carson St. The upscale bar is owned by the Nevada Builders Alliance and operated by Mangia Tutto Pizzeria owner Richard Bragiel.

There’s food-and-drink news coming out of Carson Valley as well. Italian Hearts Gourmet Foods, makers of the beloved pasta sauces, have opened a hub kitchen to help other food enterprises get started. Interested business owners looking to build and grow their food businesses can use the new Grade A commercial kitchen on Industrial Way in Gardnerville on weekdays and weekends.

Battle Born Social Club in Carson City closed during the pandemic after three years in business. Juan’s Mexican Grill is building its second location in the vacant space at 318 N. Carson St.

Pianissimo Coffee and More in Reno closed its doors on Sept. 30, citing COVID-19 as the reason, after three years in business.

On Sept. 7, Ceol Irish Pub announced via Facebook the permanent shuttering of its Midtown Reno location, citing the bar closure rules associated with the pandemic as its cause. The bar had been in operation for 14 years, but its owners aren’t closing the door on the possibility of a new location in the future.

Rapscallion on Wells Avenue in Reno, open for more than 40 years, closed in March and never reopened. Building owner Gillian Burns placed a fence around the property, citing safety concerns, but said publicly in September that future plans of the restaurant are unknown.

It is with a heavy heart that we also say goodbye to a pioneer in Reno’s local food scene. On Sept. 26, Inez Casale Stempeck, matriarch of Casale’s Halfway Club, died at 93 years old.

Her claim to fame was the homemade ravioli she perfected in the family restaurant and served to locals for more than 80 years. Her family plans to continue at Casale’s Halfway Club, credited as the oldest restaurant in the state. Sadly, her son, Tony Stempeck, died of COVID-19 three weeks after his mother’s death.

The Great American Beer Festival held a virtual award ceremony on Oct. 16, in which several Nevada beers were recognized. 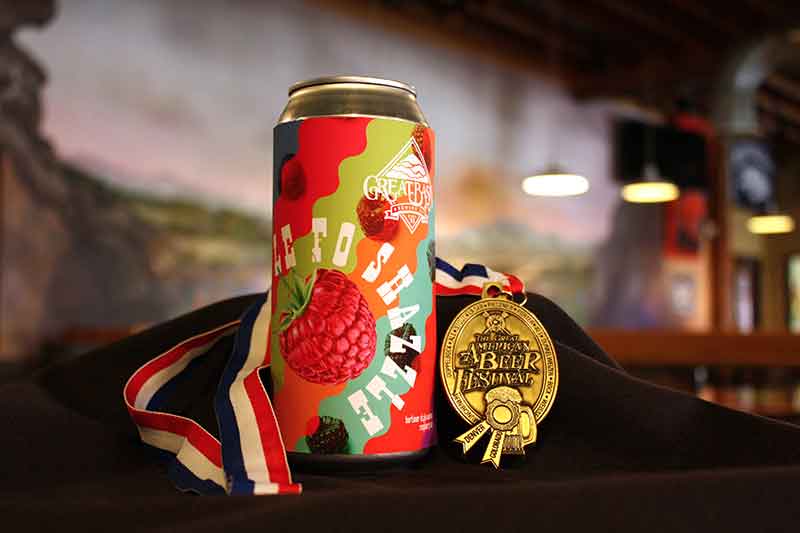 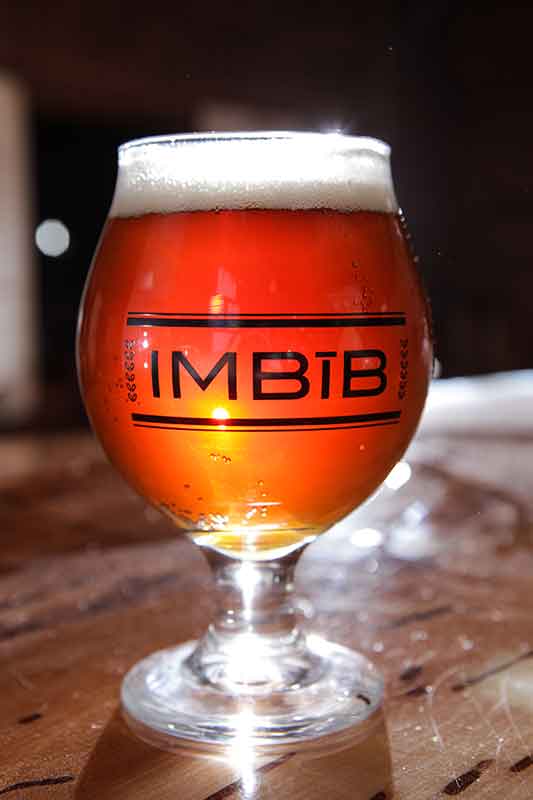 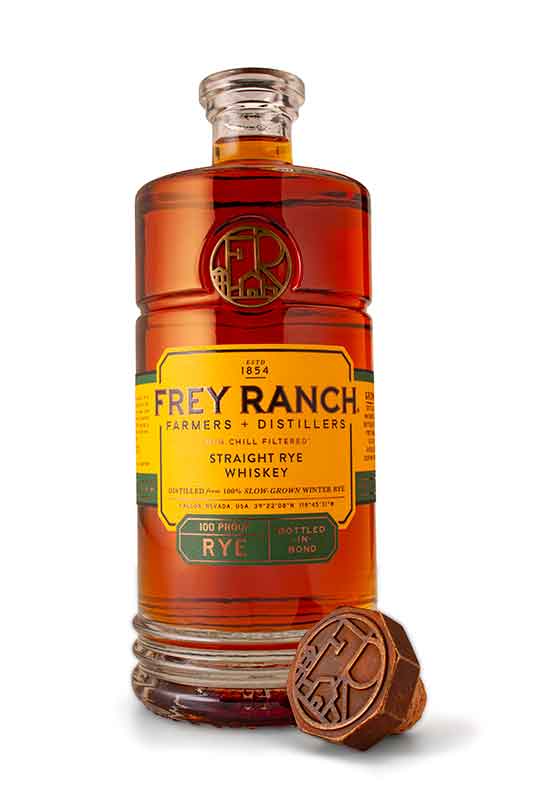 The spirit also was selected as a Top 10 highest-scoring whiskey by Whisky Advocate for its Fall 2020 Buying Guide, earning 93 points out of 100, landing it among the likes of whiskeys from Tennessee, Kentucky, Scotland, Germany, and Ireland.

Northern Nevada is seeing a boom of mixed-use spaces popping up all over the city. Reno Public Market, currently under construction at the corner of Plumb Lane and Virginia Street in Reno, will be the first to open, housing a mashup of restaurants and art workspaces.

In Sparks, another mixed-use space featuring artist studios, live-in workspaces, retail, and a large, open-air brewery is taking over the old Lowe’s building on Oddie Boulevard, which Sparks’ The Generator will call home. Doug Wiele, president and founding partner of Foothill Partners Inc., is developing both of these projects in partnership with other individuals and organizations, and each place is dedicated — in part — to bolstering the Reno-Sparks arts scene.

The trend will continue with Alpha Project, in the former 210 North nightclub space on North Sierra Street. Views of Mt. Rose are a selling point for this concept, set to include 10,448 square feet of retail space, a lobby, and bike storage on the ground floor as well as live/work units that also can be used as work-only spaces upstairs.

Until next time, remember to eat, drink, and support local!