Fall is the time of year when superstitions and scary stories run wild. We’re all a little superstitious — we don’t want to upset the unseen forces that control our luck and good fortune. Whether you tap the roof of your car when you drive through a yellow light, knock on wood to keep good luck flowing, or throw salt over your shoulder, we all have these little rituals that remind us to be careful of what we can’t control. The bar is no different. Bartending is one of the world’s oldest professions, so, of course, there are countless traditions and rituals passed on from bar to bar.

In my experience, here are some common superstitions that bartenders and bar patrons abide by:

1. Toasting with an empty glass

Never do this. While some say the idea of toasting came from testing your glass for poison, the less-sinister origins come from the idea of the loving cup — the act of passing around a glass that is overflowing with kindness and generosity. To toast with an empty glass is to say you enter into a friendship or celebration with empty intentions.

Crazy stories about this superstition abound — honestly too many to count. My favorite of these is the one that says if you don’t make eye contact while you clink glasses, you’ll have seven years’ worth of bad sex. In some places in Germany, not making eye contact after a hearty “Prost!” will get you kicked out of the bar. So it’s best just to keep an eye on it.

3. Tapping the table with your glass

Probably my most practiced bar habit, the act of tapping the shot glass on the bar before or after you’ve taken your shot is believed to have a few meanings. One is that it acknowledges the bartender, which I like. Some say that the tap before drinking a beer makes the foam go down, so you can chug away. Some say it’s an old Greek tradition to celebrate lost friends or loved ones. Observing this superstition is pretty harmless, unless you tap too hard — never overtap.

4. Avoiding even numbers with garnishes

This one was new to me, but when I asked a group of bartenders from around the country about their drinking superstitions, a large number from the South said they never put even numbers of any garnish in a cocktail. One or three cocktail olives or cherries in a glass —never two. The South is weird.

Underberg, the digestive bitters you’ve likely seen in those little bottles wrapped with brown paper, has something like a cult following in Reno. If you haven’t tried it, I highly recommend it, but in Reno, there are rules. First, you must hold your Underberg in your teeth, not with your hands. Then, when you’re finished, you must never sit the bottle upright; instead, you lay it on its side. The unfortunate soul who finishes an Underberg and leaves it standing up will be forced to pay for the round.

When all is said and done, drinking superstitions are harmless and just add to the fun. Everyone’s crazy aunt or wacky friend has one and knows where it came from. However, with seven years of bad sex on the line, it might be best to appease the invisible forces that help keep the drinks flowing. 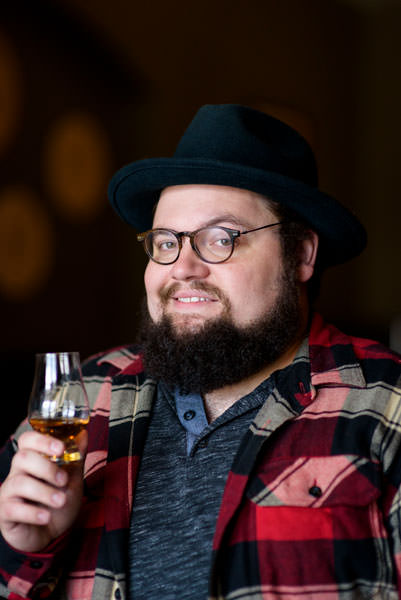 Michael C. Moberly is a spirits educator and creative consultant. His 14 years in the industry have been spent learning, loving, and imbibing with some of its best minds, both locally and nationally. He also is good at wearing hats.