As the seasons change, so does a brewery’s tap list. From limited-release, bourbon-barrel-aged monsters to flagship, delicately hopped lagers, here are some special beers to look out for at local craft breweries this winter.

While singing and toasting to good health may seem like a common pastime everywhere (especially in bars after midnight, pre-COVID), English beer nerds know this phenomenon as “wassailing.” Since 1993, Great Basin Brewing Co. has crafted an annual wassail ale as a tribute to the old tradition. A holiday winter warmer-type beer that changes each year, Great Basin’s version of this ale is typically brewed with apples and seasonal spices. Along with a new recipe and artwork for the yearly release, brewmaster Tom Young hand signs a limited number of bottles, which makes Red Nose especially collectible for the holidays. 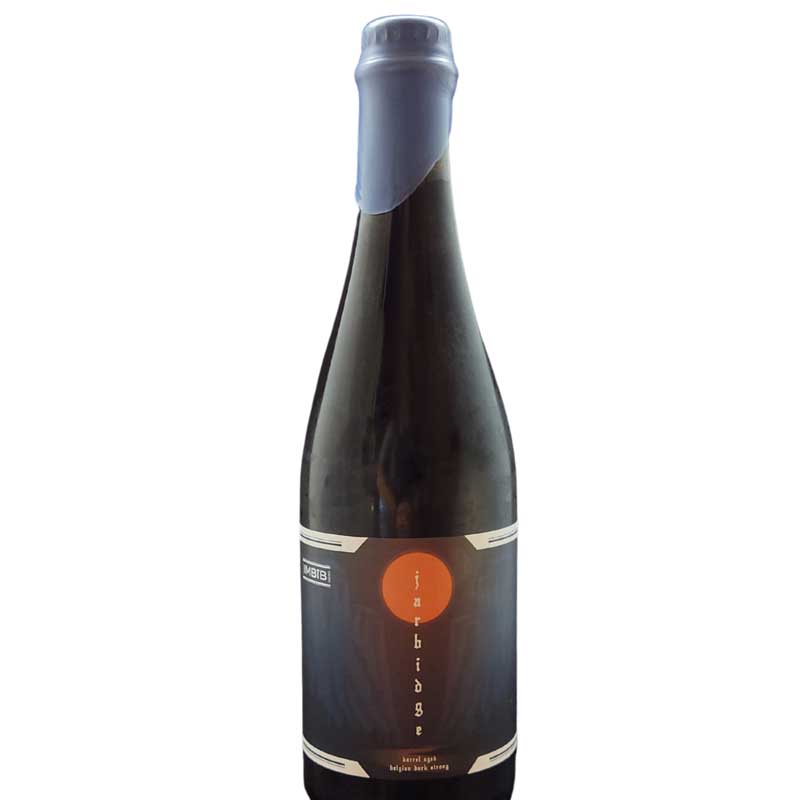 Jarbidge begins as a Belgian dark strong ale reminiscent of monastery-brewed Trappist beer, but then it undergoes aging in Buffalo Trace and W.L. Weller wheated bourbon barrels and is finally topped off with bourbon-barrel-aged maple syrup. This beer’s alcohol level matches its impeccable complexity at a whopping 14 percent. That’s where Jarbidge gets its name — according to IMBIB, the word translates to “devil” or “evil giant” in the Shoshone language, which captures the essence of this bold ale.

“Be careful upon opening,” brewer Matt Johnson warns, because along with notes of toffee, spice, and dark fruit flavors, he says, Jarbidge “may release your inner evil giant,” too.

Contradiction presents as a pale ale, but the pastry stout aromas give it away as a style on the darker side. Brewed with oats for a silky mouthfeel and milk sugar to suggest sweetness, this contradictory ale is then conditioned with coffee, cocoa nibs, and vanilla beans to impart a delectable medley of flavors typical of dessert stouts. At 6 percent, Contradiction could be mistaken as a thirst quencher for a sweet tooth, but the sweetness is in the forefront, forcing drinkers to take it slow and pick out flavors as the beer warms up. 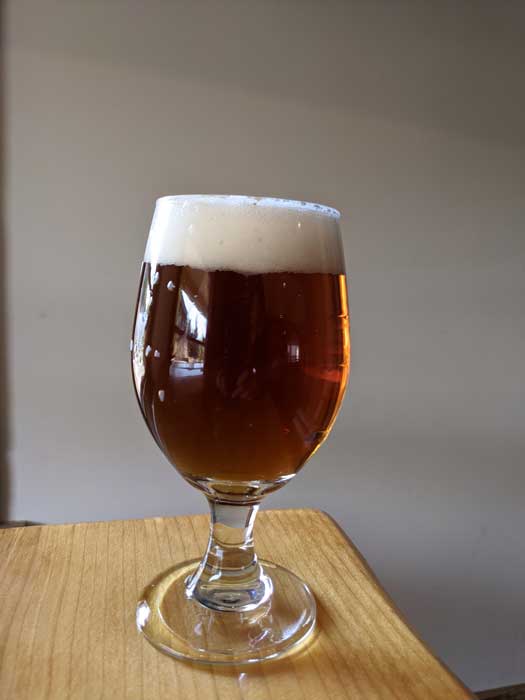 Move over, hops and roast bitterness! Scotland’s highest-gravity beer, Scotch Ale (also known as Wee Heavy) stands out in this lineup as smooth, full bodied, and malt forward, unlike most American beers. The Brewer’s Cabinet’s version, the Walloper, sits in the low range of the spectrum at 8 percent ABV but still provides a silky warmth with its sweet balance and hint of smoked barley. Think mahogany, leather-bound books, a cozy fireplace, and a brandy snifter; the Walloper satisfies a yearning for a tumbler of whiskey without the high-alcohol consequence. 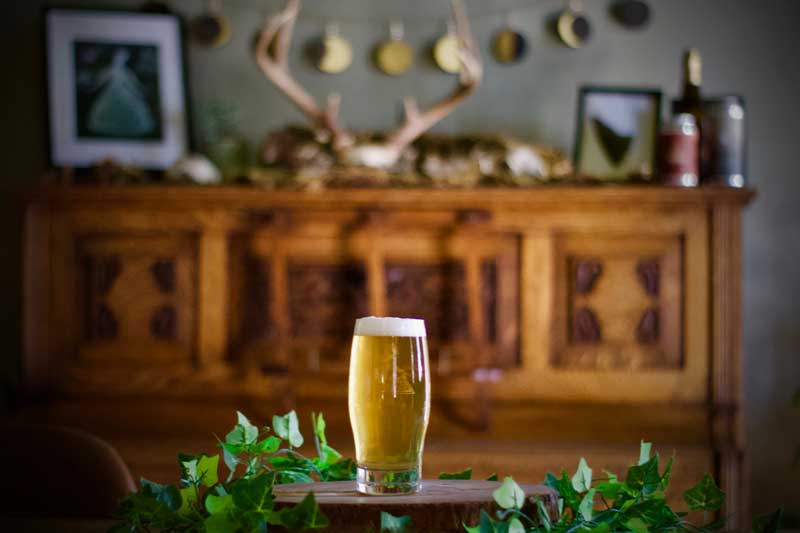 Recreating California’s first lager made by Boca Brewing Co. more than 100 years ago is a bucket-list item for many geeky local brewers, but The Good Wolf takes its version to a new level with an homage to its home in Tahoe National Forest. This recipe consists of craft malt from 40 Mile Malt in Fallon that is sourced from grain watered with Sierra Nevada runoff. That is topped with wild-grown Truckee hops and a California lager yeast for a product that truly captures the terroir of our rugged mountain region. This rendition of Boca lager joins The Good Wolf’s lineup of specialty, locally foraged forest beers. 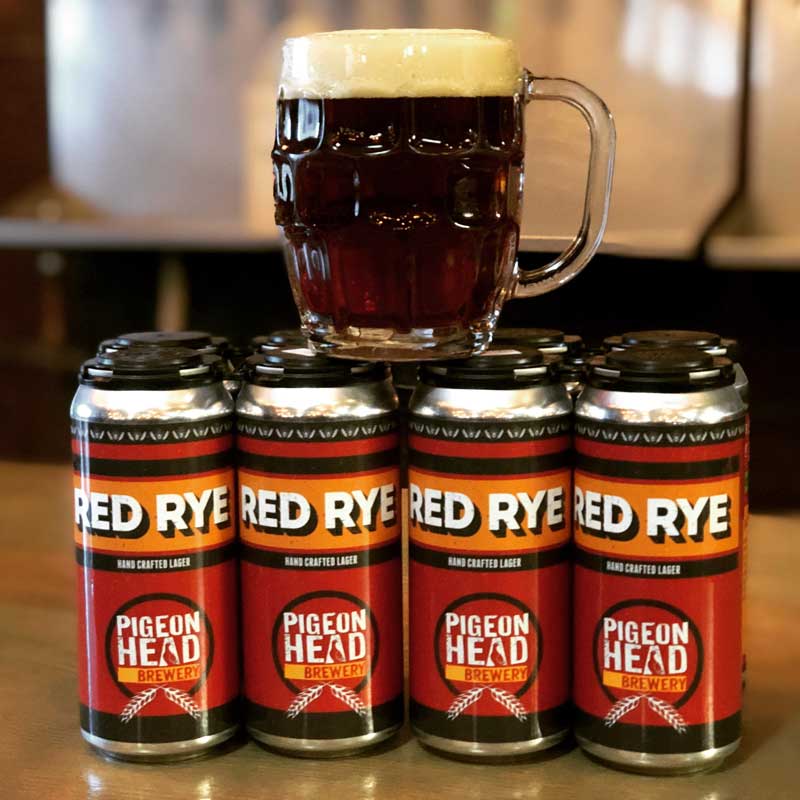 A spin on a classic German malty lager, Red Rye Lager displays a deep-copper color, a complex bouquet of malt, and the mild perfume of noble hops. Brewmaster/co-owner Bryan Holloway endearingly calls this beer a hybrid due to the nontraditional addition of rye malt for a portion of the grain bill, which adds a moderately spicy aroma and flavor. Low bitterness allows the caramel and bready malt to take center stage up front, followed by notes of earthy rye. At 6.8 percent, the Red Rye Lager is less of a summer crusher and more of a crisp fall day sipper. 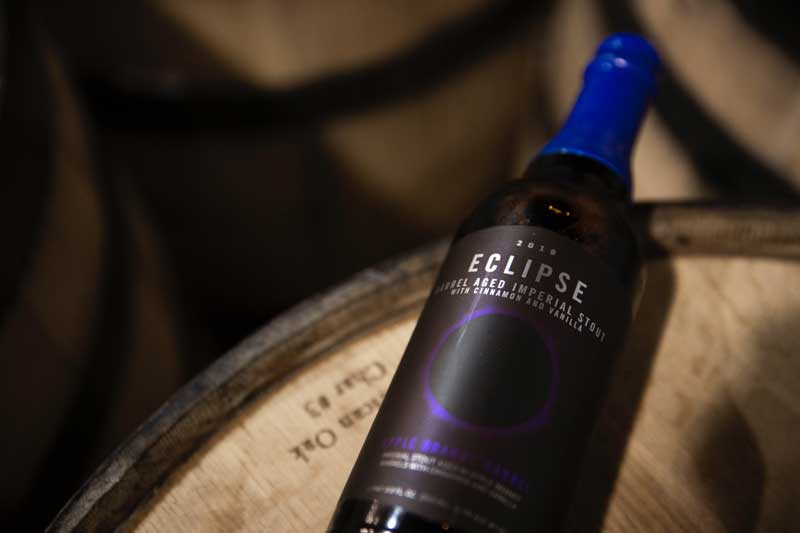 Every year, FiftyFifty fans await the release of new Eclipse vintages. Starting with an imperial stout called Totality, the intense, dark beer is then aged for three to 12 months in a variety of whiskey barrels sourced from distilleries around the world. Dark chocolate, espresso, and alcohol combine with wood, vanilla, and coconut oak barrel characteristics. The limited-edition beer is then blended, bottled, and waxed in a color that specifies flavor and provides a seal that lends itself to aging for a special occasion. Eclipse 2020 will be released in the first week of December. 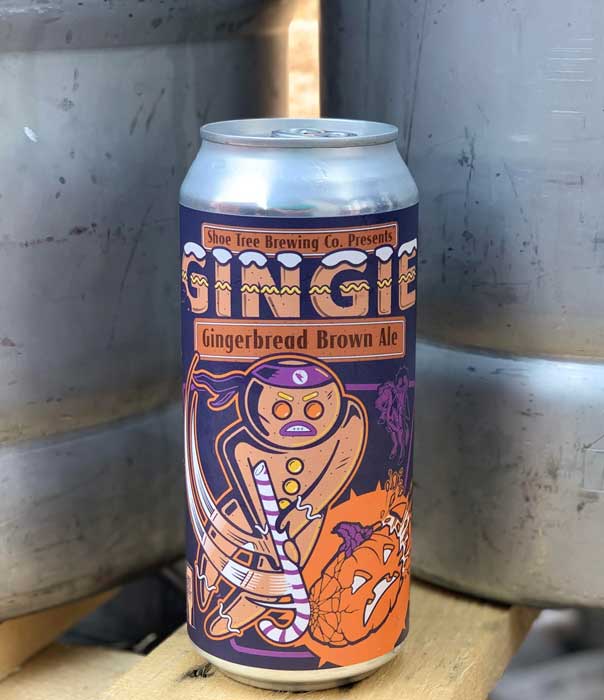 The first sign of cool weather usually also marks the return of a much-loved (or despised) seasonal flavor: pumpkin spice. This year, Shoe Tree Brewing Co. has decided to overthrow pumpkin’s tyrannical regime and place gingerbread in the spotlight. Gingie gingerbread brown ale is a tribute to Gingie who, legend has it (according to its sales sheet), singlehandedly saved Holidayland from the evil pumpkin overlord, restoring “freedom, spice, and everything nice.” At 6.5 percent alcohol, this spiced brown ale satisfies any seasonal beer cravings without a peep from that played-out orange squash.

Mostly known for its critically acclaimed hoppy beers, Revision also has a barrel-aging program that too has become world renowned after its launch in 2018. Now, adding to an existing lineup of carefully aged and blended barrel-aged imperial stouts, Revision will release two additions for the 2020 vintage, available in November. Monogrammatic is an imperial stout that has been aged for 16 months in bourbon barrels, and Liquid Contrast mirrors that but is then conditioned with vanilla and cacao. Notes of burnt sugar, fudge, and sweet spices all complement the 14 percent ABV of both beers. 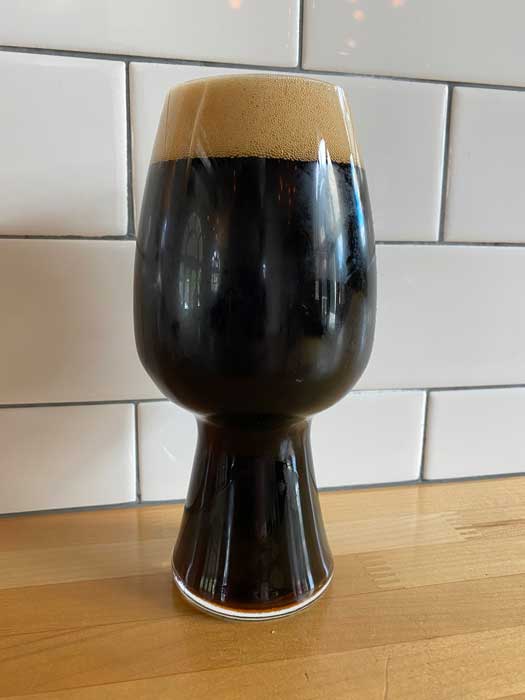 Located in a historic building in Downtown Reno, The Depot churns out an easy-drinking milk stout (at 5.1 percent ABV) during the winter months. Ingredients such as oats and lactose combined with nitrogenated gas contribute to a soft mouthfeel and smooth drinking experience. Ecuadorian cocoa nibs emphasize the bittersweet chocolate notes typical of this dark black beer with a creamy, tan head and ruby highlights. However, low bitterness, a balanced sweet-to-roast ratio, and normal alcohol levels allow drinkers to enjoy multiple pints without getting too full (or tipsy).

Emma Schmitz is a writer living in Truckee. She has been in an exclusive relationship with craft beer for almost a decade and is studying to be a beer sommelier.

Emma Schmitz is a writer living in Truckee. She has been in an exclusive relationship with craft beer for almost a decade and is studying to be a beer sommelier.