For bona fide Cantonese fare, look no further than within the lime-green walls of Kwok’s Bistro on West Street in Downtown Reno. Whether driving with windows down, cycling, or walking, nearly every passerby is captivated by the divine aromas of ginger, garlic, and scallions wafting from the well-appointed restaurant.

While owner/chef Kwok Chen works tirelessly in the kitchen, his son, Danny Nguyen, stays busy in the dining room and on the patio serving guests, fulfilling takeout orders, and telling the tales of a great family legacy.

Chen’s family had emigrated from China to Vietnam, where he was born and raised, to avoid the Communist Party in search of a better life. When he was 18, he immigrated to the United States. After spending a few years in Sacramento, Chen found himself bussing tables inside Harrah’s Reno while he earned his high school diploma. Soon after, one of the Harrah’s chefs who had taken Chen under his wing suggested the younger man travel to China for culinary training under a prominent instructor. He took the man’s advice and spent two years in China before returning to Reno.

In 2006, Chen and his family opened Jasmine, a beloved South Reno restaurant serving modern Asian food and all-you-can-eat sushi. Just over a decade later, they decided to sell Jasmine and venture into another dining vision, Kwok’s Bistro. 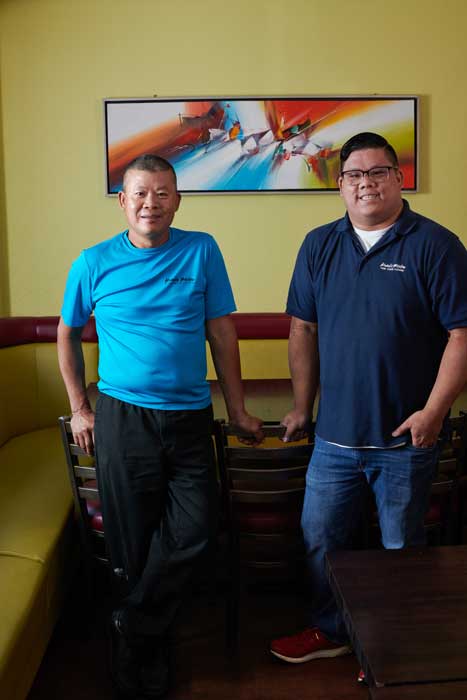 “It was an opportunity for something new,” Nyugen says. “My dad was friends with the landlord. China Diner [the former tenant] went under, and we saw a lovely downtown spot that needed some TLC. We wanted a little more lax approach. A place where people could sit down and enjoy good Chinese food.”

In addition to the small-but-welcoming indoor dining area, a small patio features six tables and is adorned with string lights, wrought iron fencing, and the sounds of church bells in the distance. On one warm fall afternoon, patrons at a table nearby enjoy roasted duck, house-made fried rice, and chow mein, while outside the front gate, a kind customer orders fried calamari for a homeless man on the street — a truly urban scene. 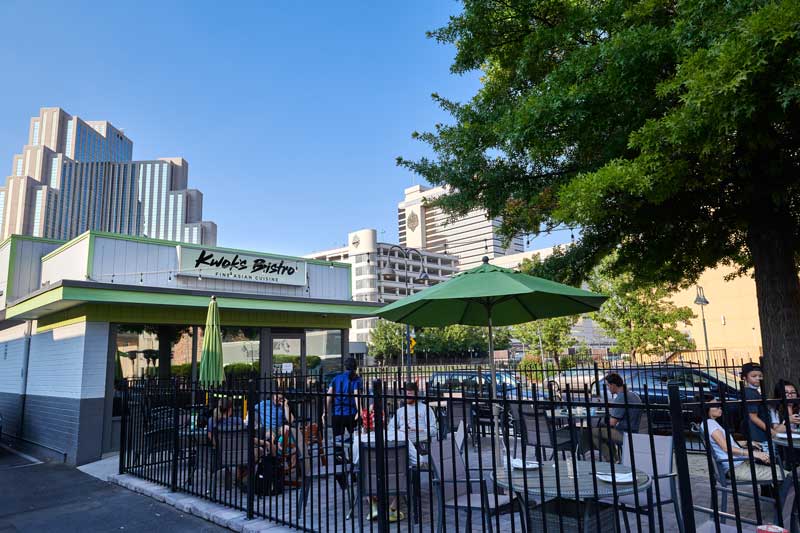 Kwok’s Bistro has a comfortable patio for outdoor dining

The plates laden with aromatic cuisine are served family style, and many menu items have become fan favorites. For the XO Green Beans, Chen lightly fries green beans to set the crispy texture then stir-fries them with ginger, garlic, house-made XO sauce (a spicy seafood sauce), and minced pork in the wok. Accompanied by perfectly cooked white rice, this is a delicious veggie-forward dish with a salty crunch from the pork. 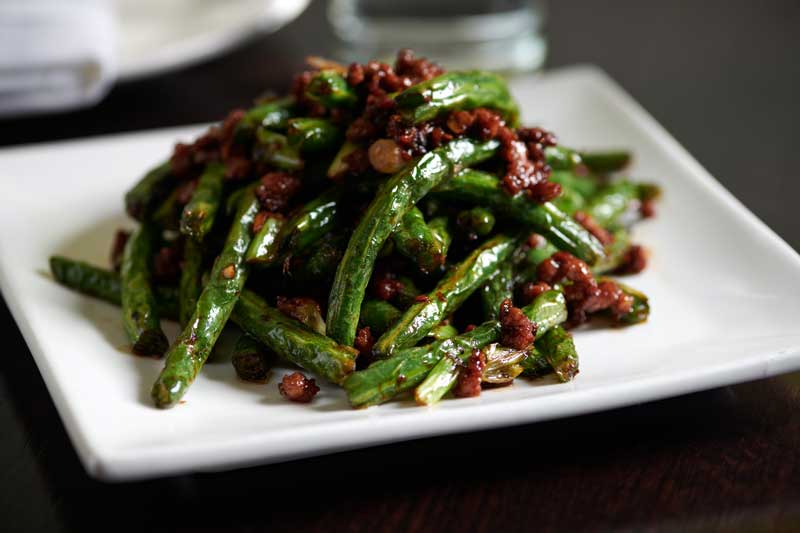 For a spicy twist on the daily catch, order the whole fish fried style. While the fish type varies, Chen filets the protein in house, after which it is lightly fried and topped with a piquant combination of garlic, scallions, jalapeños, tiny Chinese hot peppers, and Chinese five spice. The fish is fresh and tender with a slightly crisp layer, topped with an acidic, spicy bite from the hot-pepper-infused garnish.

Happy patrons tend to flock to Kwok’s Bistro for what Chen calls “commoner food.” Even Andrew Zimmern could be seen enjoying Chen’s creations on The Travel Channel’s The Zimmern List in 2018.

“It was a surreal experience. We definitely saw an uptick. People still recognize us from the show. We’ve become a foodie destination. [Zimmern] still posts about us on his Instagram,” Chen says. “The feature and all the people talking about us just means we get to serve more delicious Cantonese food. And everyone likes that.”

A fan of Asian food and all things spicy, Heidi Bethel was delighted to learn more about Kwok Chen’s take on Cantonese while enjoying a peppery lunch sans her spicy-food-averse husband and two boys. 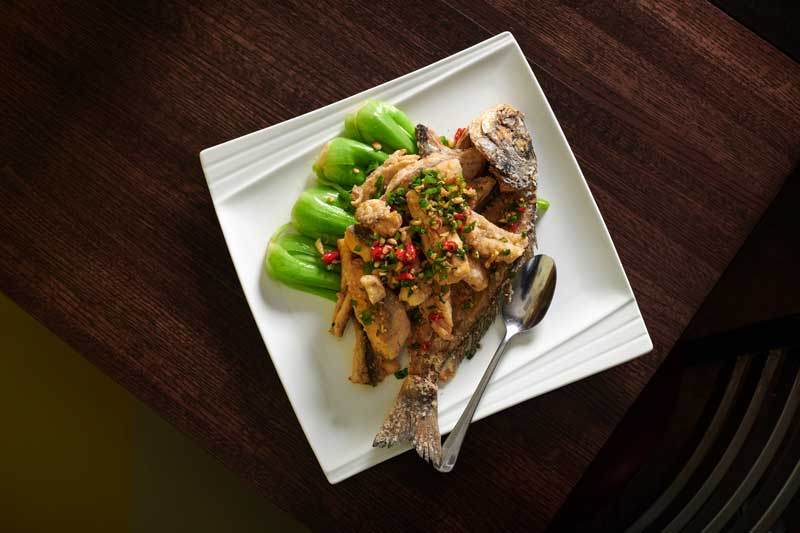 Gently dry fish and lightly coat with potato starch. Deep fry at 350 degrees F until golden brown, about 6 to 8 minutes. Remove from oil, place on paper towel-lined plate, and set aside.

Preheat a wok or frying pan on high heat. Add vegetable oil, then sauté garlic, scallions, and jalapeño until fragrant.

Add fish to the pan and toss. Turn heat off and add Chinese five spice and salt. Toss to coat. Plate and enjoy!