“A living wage.” It’s a phrase that sparks a lot of debate. On one side is the argument that those who want to make more money should advance their education and professional development. On the other is the idea that everyone, regardless of training or career, should be guaranteed a minimum wage that allows them to live above the poverty line.

Following a pandemic year when many owners of food-and-drink establishments in Reno-Tahoe were forced to furlough or lay off employees to make ends meet, they’re struggling now to hire enough staff to meet demand. Some say a minimum wage increase might help.

“It’s a political football,” says Roy Brennan, owner of Beefy’s in Reno, about the minimum wage.

In fact, he says, the actual wage is irrelevant. He argues that raising the minimum wage is only going to raise the cost of goods as well. For restaurant owners, payroll is a line-item expense. If they have to pay more for labor, the cost of a burger is going to go up, too, and that affects the consumer.

At Beefy’s, all employees earn a minimum of $12.50 per hour (and participate in equal tip sharing), which is higher than the proposed minimum wage increase to $12 that will appear on the Nevada ballot in 2022. It currently sits at $8.75, a 75-cent increase from the former rate of $8 that went into effect on July 1; if no health benefits are offered, the current wage is $9.75.

If the minimum wage increase passes, Brennan says, he won’t raise pay right away. It’s a benefit to be able to pay more than the minimum wage because it attracts quality employees, but he can’t afford to take more of a hit. Food prices will go up if the price of goods continues to skyrocket, but at least he won’t have to raise his prices to accommodate higher wages, too — a fact some consumers will be happy about.

“I think it’s fine,” Rathmann says of the proposed wage hike. “I think the cost of living has gone up dramatically in our area, and that plays a huge part.”

In fact, according to Rentcafe.com, in May 2021, the average monthly rent for a Reno apartment was $1,420, an 11 percent year-over-year increase. 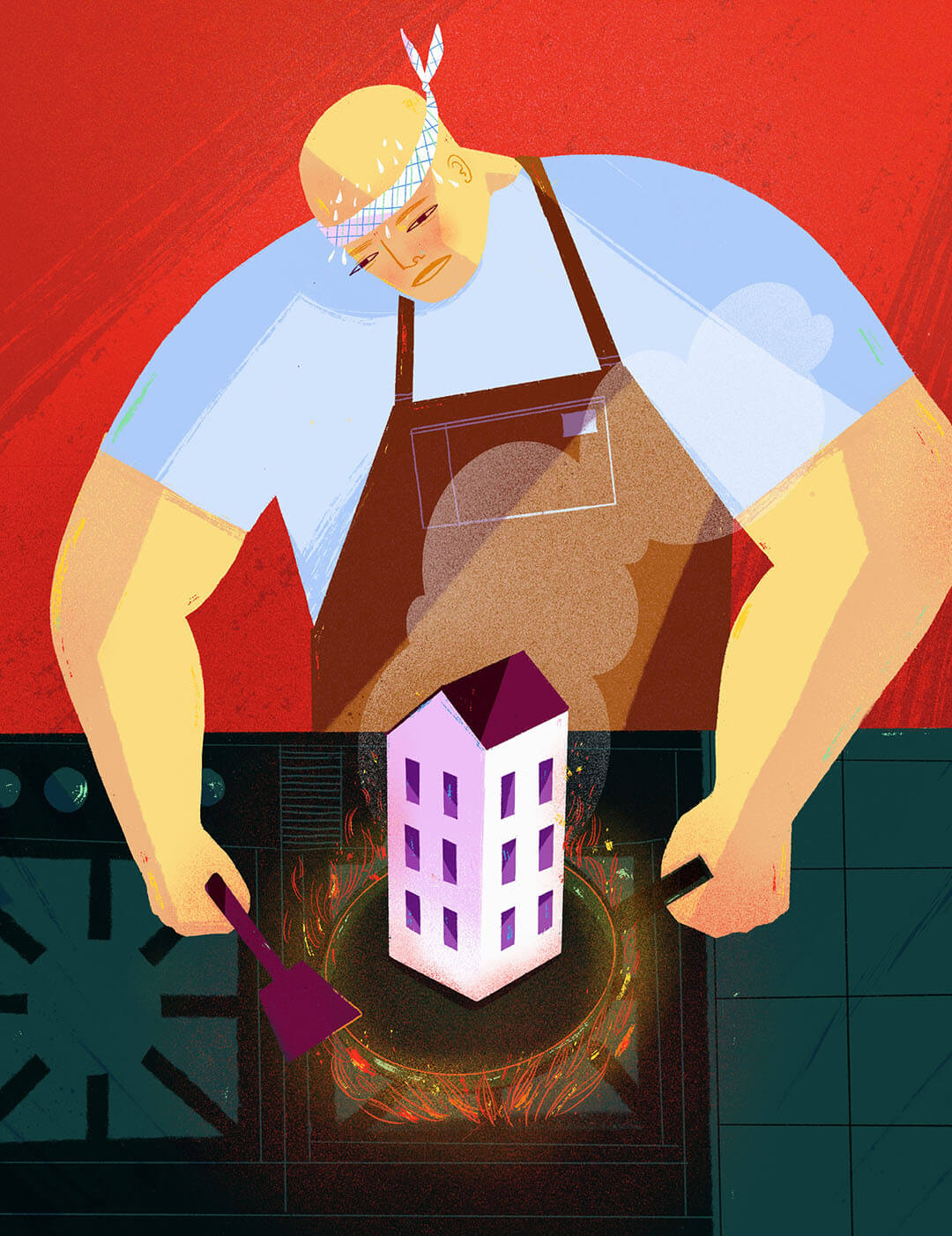 While Rathmann already pays more than the minimum wage to most of his employees, the approval would lead him to pay even higher wages. This would be due in part to the overtime rule, which entitles an employee who works more than eight hours in a single day or more than 40 hours per week to be paid 1.5 times their normal rate for additional hours. However, employers are exempt from this rule if their hourly wages are 1.5 times the minimum wage. Many of Rathmann’s employees already earn $18 an hour, which would be 1.5 times the proposed new rate, but other employees’ wages likely would need to be increased so that Rathmann could avoid paying overtime for daily overages (though it would still be required for employees who work more than 40 hours per week).

Rathmann isn’t shy about admitting that this would increase food prices at his restaurant.

“The money has to come from somewhere, and the business has to be profitable,” he says.

Though BJ’s would be just fine, he says, he understands other restaurants might need to close if the increase were to pass.

“I can see it’s going to strain some [restaurants] that are already struggling,” he says.

If you ask Michael C. Moberly, owner of Temple Builders LLC, a beverage consulting agency and edible Reno-Tahoe’s Drinks On You columnist, a minimum wage increase is way overdue and $12 is the least restaurant owners should offer.

“I think that’s the bare minimum,” he says. 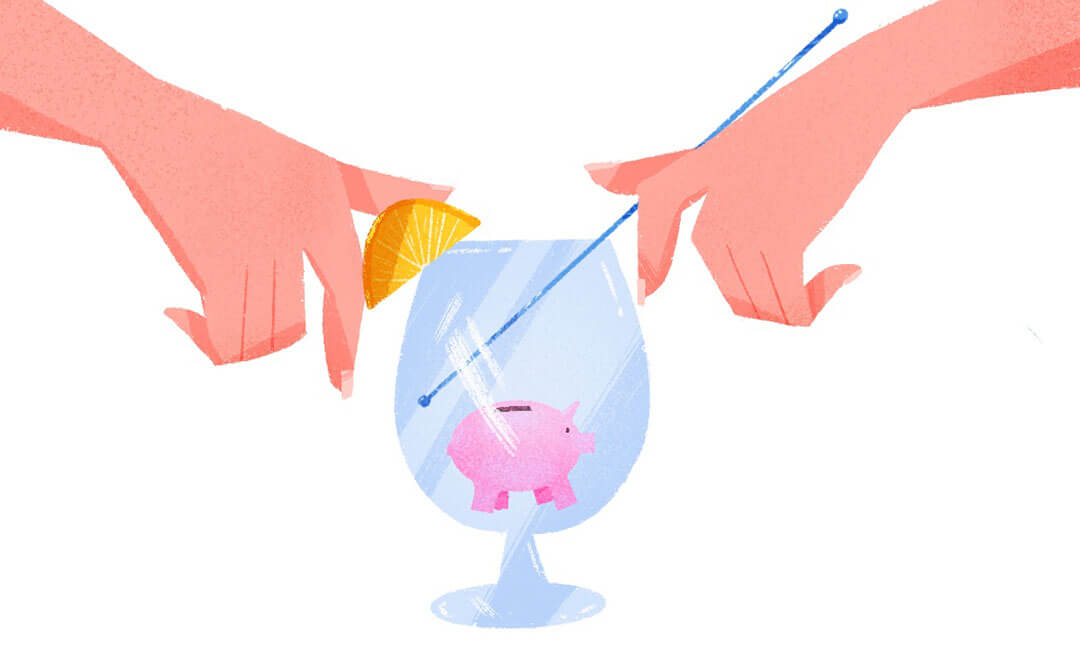 With more than 15 years’ experience in the industry, including many as a local bartender, Moberly remembers what it’s like to live on minimum wage and work for tips.

“There are very few professions where you are required to tolerate somebody treating you horribly,” he says of working for tips.

As a consultant for local restaurants and bars, Moberly says one of the first questions he asks clients is how they compensate staff. Well-paid, cared-for employees do better work, and that is reflected in the company’s end product. He is, however, familiar with the struggles of some small businesses. His solution? Creativity.

“The more rigid the box, the more creative you have to be to live inside of it,” he says, suggesting solutions such as profit sharing, bonus structures, benefits, 401(k) plans, and financial guidance as ways to give more to employees.

“The people who stay want to work for people who have their backs financially and emotionally for their future,” Moberly says.

Brennan has seen that creativity play out in restaurants stretching from Reno to San Jose, including 3 percent back-of-house fees charged to customers in California, and carry-out order fees applied to checks in the Reno area.

Moberly realizes restaurants will raise their prices to cover the gap, but he doesn’t see a problem with that solution. According to Moberly, restaurant prices here in Reno-Tahoe already are much lower than in the Bay Area. With an influx of Bay Area residents relocating to our region, he points out, it’s easy to assume those living in Northern Nevada can afford higher prices.

If a company can’t afford to come above minimum wage, however, that doesn’t mean all is lost. Employees also can support employees in other ways, such as cross training them in order to help their professional development. This aids the employer by adding value to what it can offer customers, but it also empowers employees to perform better at their jobs and enhance their skill set.

While the issue of a living wage is complicated in its own right, the nationwide labor shortage isn’t helping matters. Rathmann says BJ’s Nevada Barbecue Co., like many local businesses, is in need of line cooks and servers, but many are choosing not to work right now. Those paying minimum wage may struggle to attract employees or perform their best work when competition is steep.

Brennan says you get what you pay for.

“I need people to come to work, enjoy their time, and put out a good product for me,” he says.

But he also acknowledges that if employees want to be able to afford an ever-increasing cost of living, they may simply need to find different jobs.

“There’s no easy answer for it,” he says.

Rathmann believes income is only one factor in an employee’s decision to work somewhere. Environment also matters.

“I expect what I expect out of my employees,” he says, adding that he also works hard to maintain a fun work environment and not drive his staff into the ground. If he ends up paying more for new employees, he admits, he may become pickier about productivity.

“If you’re paying them more money, you need to see a return on investment,” he says. “Sometimes the more you pay them, the more [important] it is to look more critically at their work.”

For consumers, Moberly has one piece of advice: Whether it’s because of morale, working conditions, or pay, spend your money at the places where employees are happy.

“With the cost of goods going up, you should be more choosy about how you spend your money,” he says. “I want to go to the places that are supporting the workers, especially after the pandemic.”

Writer Nora Heston Tarte is a longtime Reno resident. You can follow her local exploits and travel adventures on Instagram @Wanderlust_n_wine.