Tucked away in a quiet little corner outside of Tahoe City is Sugar Pine Cakery. People flock to the shop mainly for owner Allison Sayles’ succulent treats, many of them gluten free, sugar free, or vegan. Besides delicious baked goods, Sayles makes every guest feel comfortable with her cheery, talkative nature. Visitors may show up for a quick afternoon sugar high, but they often end up hanging out to enjoy a cup of coffee and the low-key social atmosphere of the Lake Forest neighborhood’s favorite meeting place. 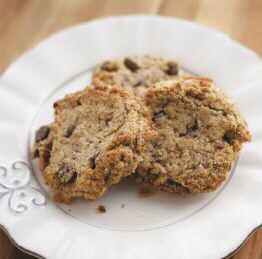 Sayles worked for 15 years as the pastry chef at Fiamma Cucina Rustica, a popular restaurant in downtown Tahoe City. When Fiamma’s closed a few years ago, Sayles started taking her treats to the Tahoe City Farmers’ Market and quickly established a following.

Many of her fans fell in love with The Bomb, a gluten-free concoction stuffed with cranberries and vegan chocolate that makes a nice energy bar replacement. The popularity of The Bomb helped Sayles realize that people in the area had a hankering for tasty, gluten-free sweets. So she produced a whole line of gluten-free delicacies, including peanut butter cookies, cupcakes, and coconut flax cookies made with almond and flax meal. People ate them up, and they were pretty partial to the stuff with gluten as well, such as chocolate beet cake (my personal favorite) and a rich coffee cake.

“People kept asking, ‘Where can we get your stuff once the market is over?'” Sayles says. 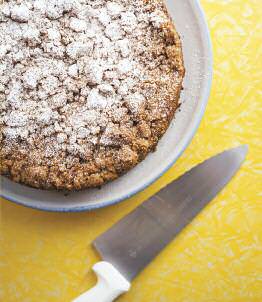 When the farmers’ market closed in the fall, she started displaying treats in her commercial kitchen in Lake Forest one day each week. She quickly realized that the demand was there; now Sugar Pine Cakery is open four days a week.

Sayles has been especially pleased with the steady stream of regulars she gets from the little community of Lake Forest, a hodgepodge place of charming old residences, condominium developments, and a host of light industrial buildings. Now area employees and residents can find a bit of sweetness without taking the two-mile trek to Tahoe City.

In the winter and spring, many of Sayles’ customers come from nearby Tahoe Cross Country Ski Area, a place she frequents herself. In the warmer months, hikers, bikers, and other outdoor enthusiasts frequent the bakery. The Cakery’s quick and delicious calories seem to be just what endorphin addicts are seeking.

Tim Hauserman wrote the guidebook to the Tahoe Rim Trail, the third edition of which was published in July 2012. He also wrote Monsters in the Woods: Backpacking with Children and Cross-Country Skiing in the Sierra Nevada. A Tahoe City resident, he writes frequently for a variety of local and regional publications.

Sugar Pine Cakery is open Wed. – Sat. In the summer, the shop’s baked goods can be found at the Thursday farmers’ market in Tahoe City. The Cakery also creates wedding cakes.