Warm up to a festive off-the-slopes tradition.

UNR Ski Dance: Dancing on the deck at Sugar Bowl

First comes a perfect day with fresh powder and brilliant sunshine. Then, as the slopes take on deep shadows, you think, “Let’s head to the lodge for a warm fire, music, food, and drink.” Welcome to Lake Tahoe winter and après ski time.

Maybe no one states it better than the Blue Angel Café in South Lake Tahoe: “Après ski is the most important part of a day on the hill …” This may be restaurant hyperbole, but it honors a tradition that came into general use in Europe during the 1950s.

You can’t have après without skiing, and Tahoe has a long history of the sport since 1924 when the Tahoe Tavern opened Olympic Hill (now called Granlibakken). The pace picked up after World War II exposed many troops to skiing as part of their military training. The growth of Tahoe resorts followed, especially when, in 1952, Caltrans improved snow removal on highways. Ski resorts popped up throughout the region. The 1960 Winter Olympics in Squaw Valley put Reno and Tahoe on the world map. It was an irresistible spectacle, with Walt Disney orchestrating the opening and closing ceremonies. 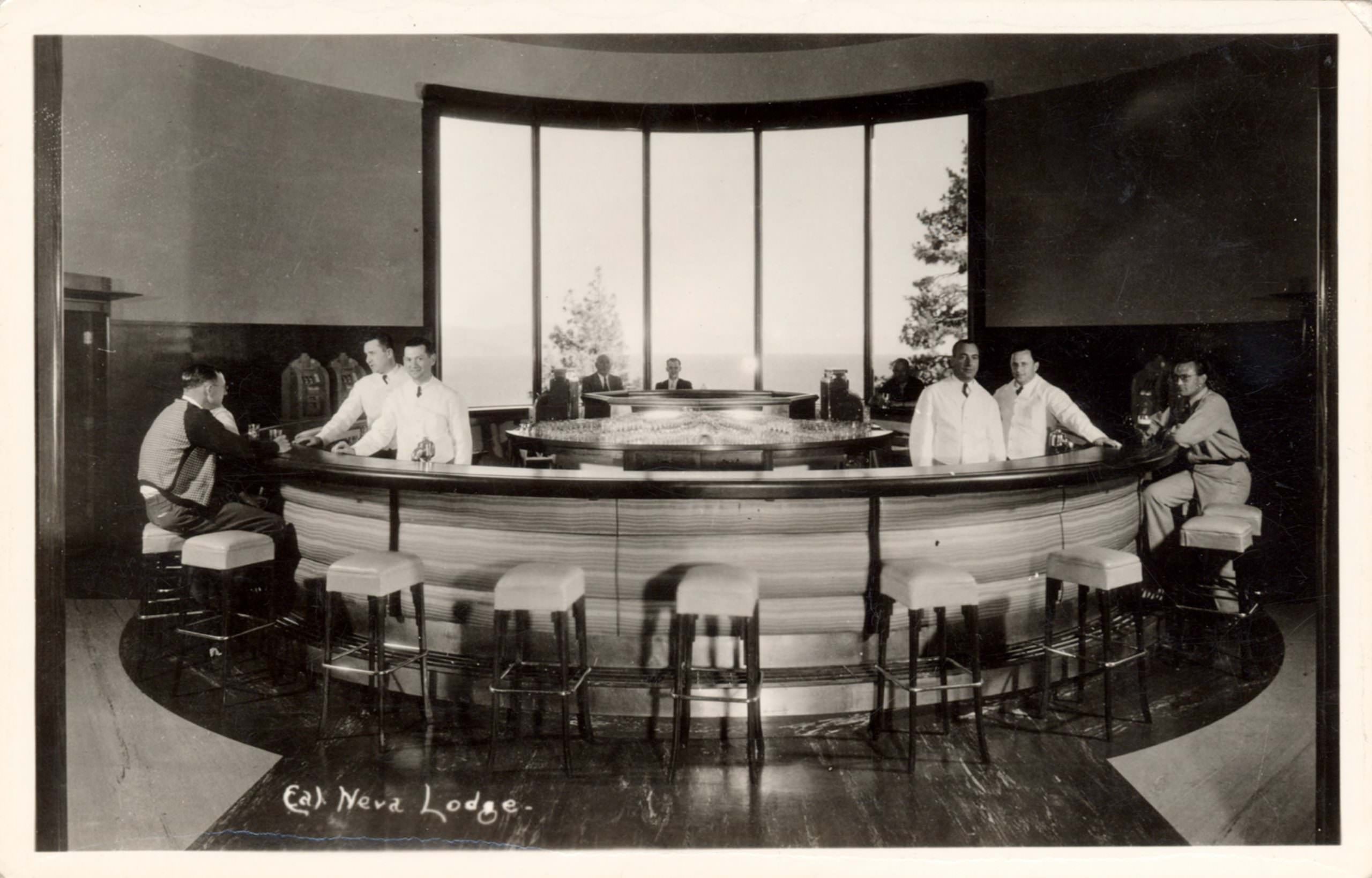 Now that skiers were properly outfitted, ski resorts marketed to them. In 1968, Snowshoe Thompson’s “Snow and Ski Report” in the Nevada State Journal said, “But snow or no snow the après ski activities will be in full tilt. You can have almost as much fun with a warm cordial talking about skiing as you can by doing it.”

So began the long association of finishing the ski day with an alcoholic drink. (See sidebar about a famous marketing campaign.)

The trend snowballed at Tahoe resorts. In 1969, Sugar Bowl offered “daily après ski activity: discotheque dancing … a beer stube in the chalet and a cocktail lounge in the lodge-hotel.” An ad for Ski Incline (now Diamond Peak) in the same year extolled, “What about après ski? There’s dining, dancing, entertainment. There’s Snowflake Lodge on top of the hill for warming up and looking out at beautiful Lake Tahoe.”

While libations were tops for the après ski set, food played a part too. The Blue Angels, the area’s first ski racing team, began at Heavenly Valley Ski Area, and its official clubhouse was called the Blue Angels Snack Haus. Its lofty location was the perfect spot to grab a bite to eat. By 1970, fondue — the classic Swiss dish — made its appearance at the Sahara-Tahoe’s (now Hard Rock) Après Tyrolean Ski Haus. It also offered “drinks with special souvenir ski mugs and a relaxed atmosphere around the huge fireplace.”

Après ski still is a way of life at Tahoe resorts, although the term happy hour now shares the spotlight. What was once trend-setting becomes standard but hot tubs, fireplaces, and libations continue to attract fans.

Sharon Honig-Bear was the longtime restaurant writer for the Reno Gazette-Journal. She relishes Reno history and is a tour leader with Historic Reno Preservation Society. You can reach her with comments and story suggestions at Sharonbear@sbcglobal.net. 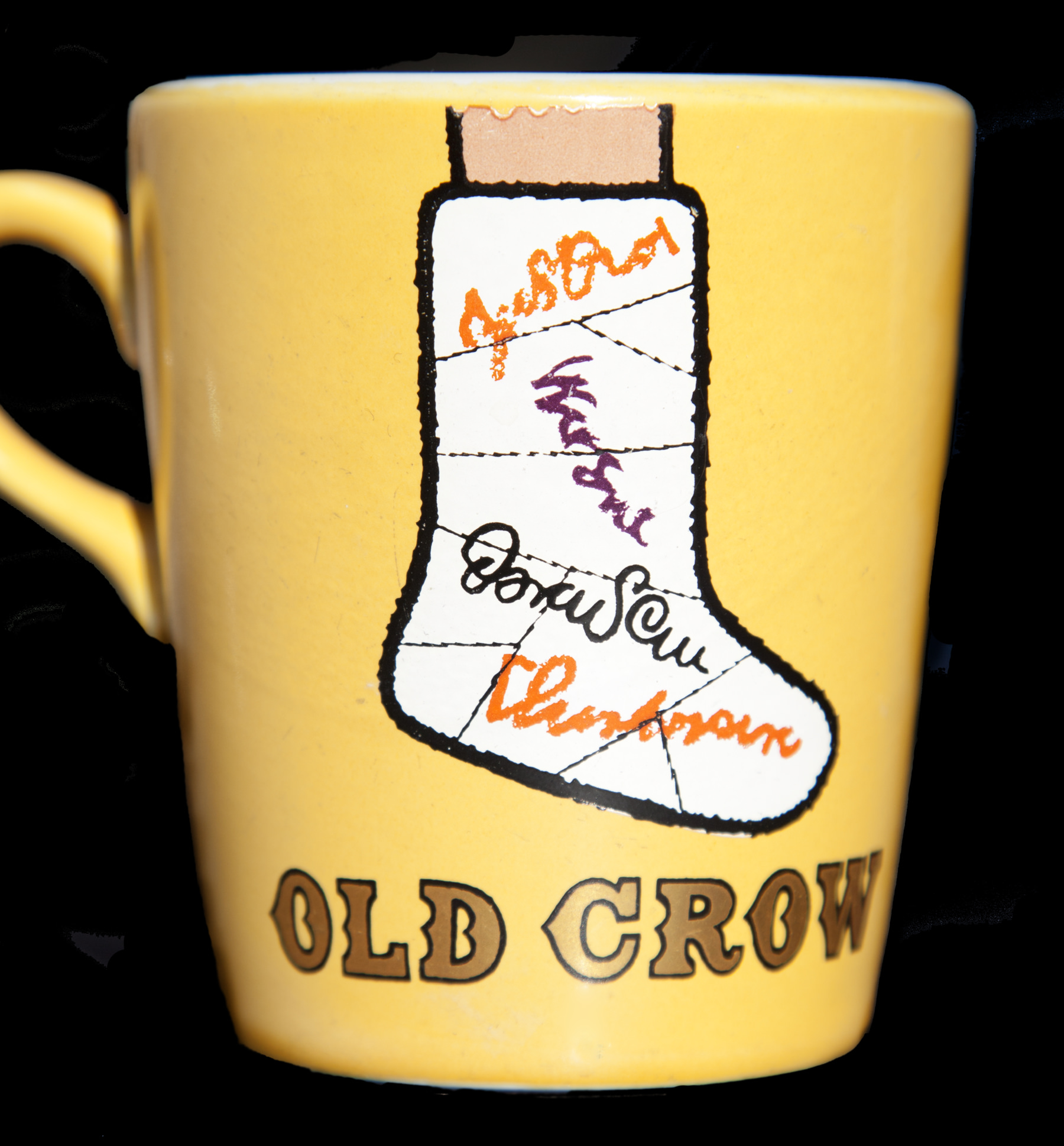 Frank Johnson wrote a popular column in the Nevada State Journal called “The Lighter Touch.” On Nov. 27, 1964, he published a recipe for an après ski drink “for the fractured set.” Called The Broken Leg, it was developed by Old Crow distillery in Kentucky, which sold specialty mugs and gave the proceeds to the National Ski Patrol. You can find examples for sale on Internet sites.