This year, the Grand Tasting & Culinary Competition featured wine or beer and food pairings as well as food and art vendors from over 50 locations around the country. Local and regional restaurants, vineyards, breweries and distilleries and their beautifully decorated booths were awarded with both judge’s awards and people’s choice awards, but many of the dishes and drinks stood out on their own.

Rightly so, the line for the Ardent Mills/Charbay Artisan Distillery booth was the longest. The only non-restaurant at the event, Ardent Mills served up a spicy rice congee with chicken, cilantro, Thai basil, green onion and ginger. The dish was paired with Charbay’s tangy green tea vodka cocktail dancing with tapioca balls. The Denver and St. Helena, Calif. companies had everyone talking. One participant visiting from New Orleans called the pairing “a party in your mouth.” 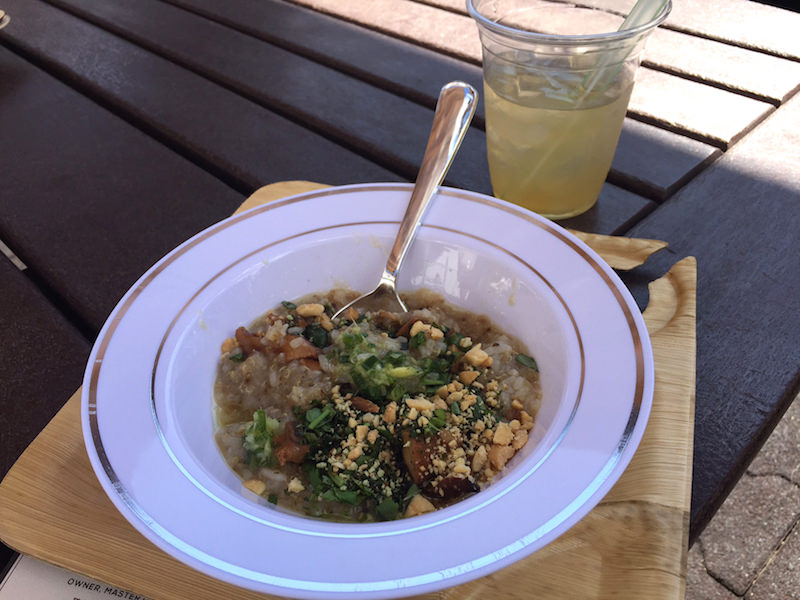 The crispy pulled pork, coleslaw and Imperial Red Ale Reduction on a potato chip from Truckee-based Copper Lane Café was another judge and participant favorite. Paired with the Imperial Red Ale from Fairfield’s DNA Brewing Co., the pairing was a refreshing way to start the culinary tour on a warm fall day. 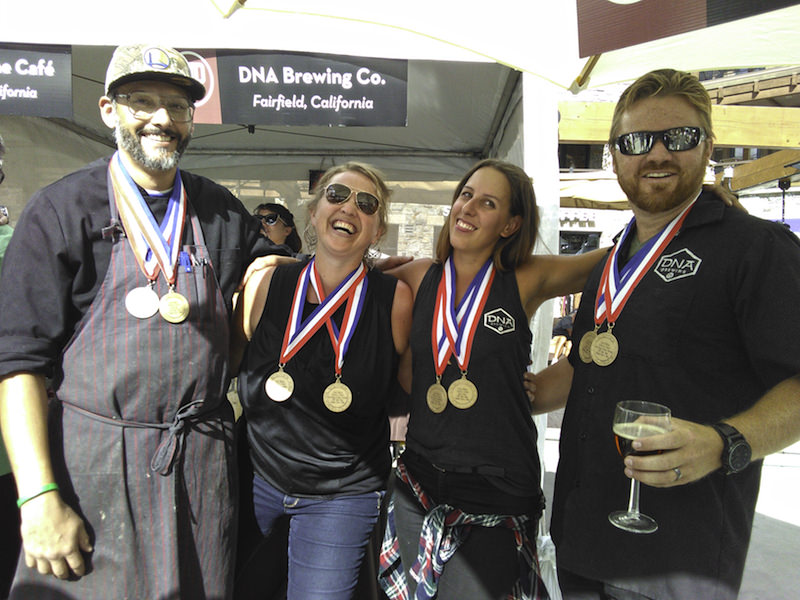 Other delicious potables were Knee Deep Brewing from Auburn and the wines from Tahoe-based Illanta Wines whose grapes are sourced from Napa, Sonoma and the Santa Rita Hills of Santa Barbara. We also experienced a tasty selection of wines from both Pride Mountain Vineyards in Santa Rosa, Calif. and El Dorado County’s Mount Aukum Winery.

Aside from the award winners, some memorable bites and sips from the event were standouts.

Northstar’s Petra served a divine Mediterranean chutney with organic heirloom tomatoes, kalamata olives and fresh basil on a crispy tortilla. Paired with both bottled and canned wine from Santa Barbara’s Lumen Wines, the little duo made a splash. Lumen’s canned wines, under the Nuclear Wines label, could just be the perfect solution for hiking and backpacking. 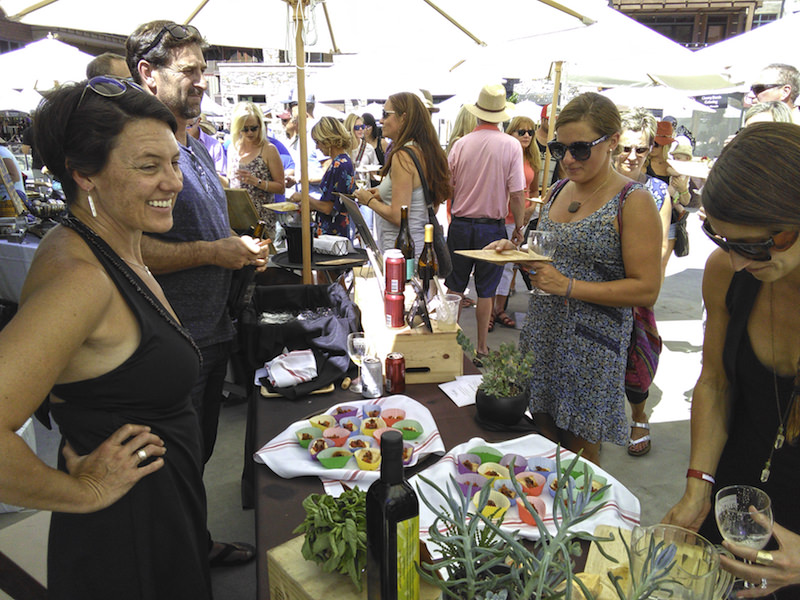 Local favorite Manzanita and executive chef Mark Jeffers of The Ritz-Carlton, Lake Tahoe served a crisp pork belly bite topped with stone fruit and an onion-based soubise sauce. Next door to them, Granlibakken’s Indonesian curried shrimp with butternut squash, mango, lime, cilantro and coconut milk on a crispy wonton was paired with a refreshing riesling from Charles & Charles from Columbia Valley, Wash. 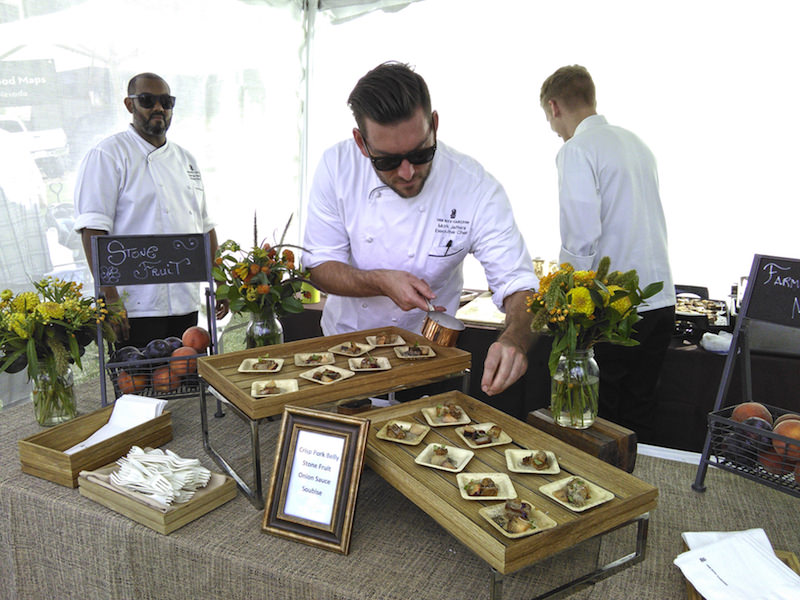 Another standout was the Bently Ranch beef heart with a trio of sauces (chimichurri, ancho chile and calabrian aioli) served by The Union Carson/Liberty Food & Wine Exhange’s Mark Estee. The beef worked wonderfully together with the red wine from Mettler Family Vineyards of Lodi, Calif.

To top it all off, the best little dessert booth was the Marich Chocolates selection of chocolate covered blueberries, salted caramels and toffee lovingly washed down with the Petite Sirah from Modesto’s Silkwood Wines. 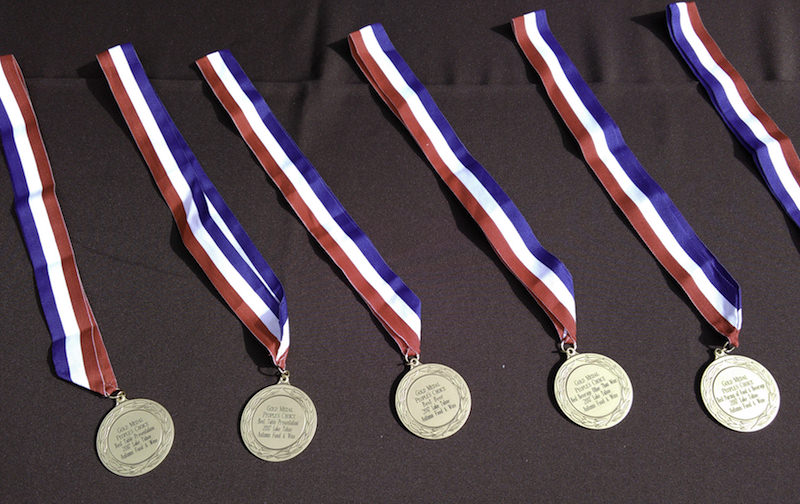 Best Beverage other than Wine:

Best Beverage other than Wine